Why is gasoline more expensive, and the cheaper oil?

Over the past six months the international price of oil has fallen almost twice. While the cost of gasoline in Russia had the opposite trend. In this connection, many Russians there are fair questions about why in a country that is one of the leading oil producers, such expensive gasoline and why it is not cheaper worldwide? 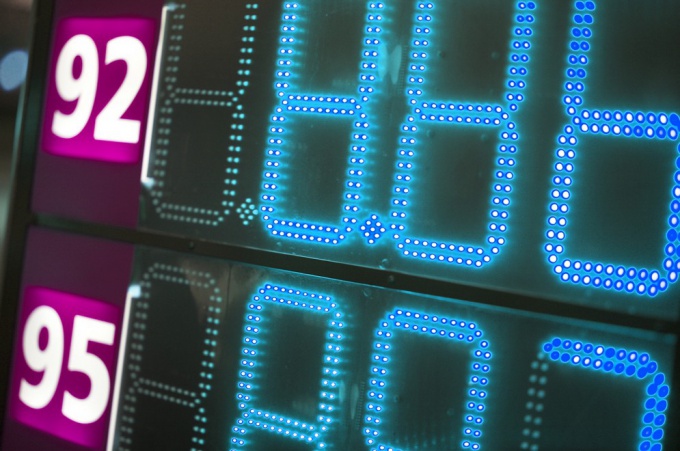 So, in December 2014, the President demanded from FAS to find out the reason why the price of gasoline in Russia increased by 10%, whereas world oil prices fell by 35%.

In fact, the cost of oil prices on world markets does not affect the prices in the domestic market. The fact that Russia does not buy oil for its refining, and uses only its own. While domestic wholesale prices of fuel in recent years, not only did not decrease, but grew in 2014 to an average of 30%).

The reasons on which in Russia more expensive petrol, a few. As a fundamental can be called the monopolization of the market; an imbalance of supply and demand; attempt of oil companies to compensate for lost revenues from sales on foreign markets at the expense of Russian consumers; and tax policy in Russia.

Monopolization of the market

The level of competition in the Russian wholesale and retail market of petroleum products is extremely low. Where the monopolization of the market, there are mechanisms of competition and prices are largely controlled by the leading vertically integrated oil companies. And any positive changes in this area in recent years is not happening, on the contrary, the market continues to consolidate.

Another reason that explains why rising gasoline prices, less favorable terms for the sale of oil in Russia than it exports to the world markets.

It is worth noting that a significant contribution to this state of Affairs made government policy. The government is also interested in selling as many of energy to world markets, as it largely depends on the occupancy of the budget. Therefore creates additional incentives for export growth.

Sad, of course, ultimately for the growth of budget revenues will eventually have to pay ordinary Russians. Paying high petrol prices, they compensate for the costs of the oil companies to increase the severance tax. Moreover, these oil companies are not so much affected by the fall in oil prices because of the devaluation of the ruble their sales in national currency is increasing.

The imbalance of supply and demand

The imbalance of supply and demand – a classic cause of rising commodity prices. It would seem, where in the country, which itself produces oil deficiency may occur?

The fact that in conditions, when the export becomes economically more profitable, the domestic market experiences a shortage. According to official estimates, the range of gasoline in the domestic market in recent years has decreased by 2%, spurred up wholesale prices. Rumors about the failure of the proposal have set the stage for increased demand, resulting in imbalance.

Some analysts believe that this rush to artificially create VINK, thereby urging the wholesale price of fuel. At the time, the FAS have even opened a criminal case against several oil companies for violation of competition.

According to experts, the price of oil in the cost structure of gasoline does not exceed 6-10%. Therefore, its value is practically not affected by price fluctuations in the oil market. And at that time accounted for a large part of the cost of gasoline? In Russia the taxes (severance tax, VAT, excise etc.)

In addition to the sustained growth of the severance tax referred to above, the reason for rising prices in recent years - the increase of excises on gasoline. In 2014, per ton Euro-4, they increased to 9.4 thousand rubles (compared to 8.6 thousand rubles in 2013), "Euro-5" - to 5.7 thousand. (thousand RUB from 5.1 in 2013). In 2015 it is also proposed to increase the excise duty on petrol fifth grade on the ruble for a liter, which will increase gasoline prices in 2015 by 10-15%.

What are the forecasts of gasoline prices in Russia in 2015?

Forecasts of gasoline prices for 2015 also does not imply the reduction of fuel prices. Thus, predictions of the FAS suggest that the rise in gasoline prices in 2015 will be at the level of inflation, i.e. about 7%.

The Government expects at least 10% growth in connection with the tax maneuver. And analysts believe that soon the price of gasoline in Russia should not be compared with the European level 1.1-1.5 Euro/liter.