How to make waffle batter for the waffle iron

Waffles is so loved and popular that they even have their own day – 24 August. However, the exact date of when was first revealed to the world this treat is unknown. Some written sources of the XIII century point to their German origin. At that time, wafers in Europe was available only to kings and people of the noble classes. 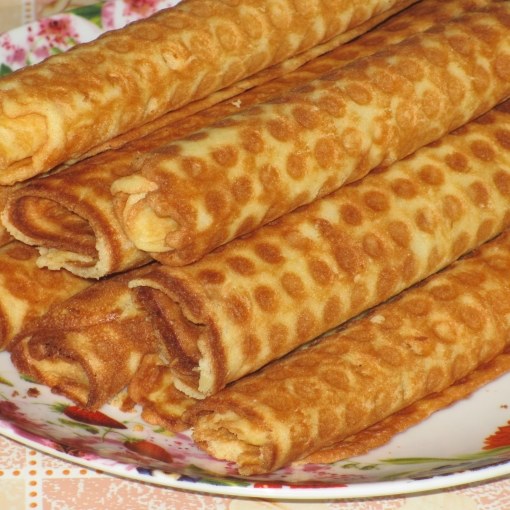 Related articles:
Today there are several types of waffles, including: American, baked from dough on soda, as well as the Belgian qualifying on the yeast. No less popular Liscia, Scandinavian waffles and Hong Kong, and each owner can choose for your family favorite recipe.

The most common form of cooking waffles is the one where you should use 200 grams of margarine, which replaced butter in the amount of 150 g; 2 cups sugar; 5 eggs; 2 cups flour and vanilla.

The margarine should melt, and then cool. In a separate saucepan need to whisk the eggs with the sugar, adding vanilla. Once the margarine has cooled, you can add it to the sugar mixture, stir and enter the flour.

To get crisp waffles, use 1 Cup of potato flour 100 grams of margarine, half Cup sugar, 3 eggs and 1 lemon. The eggs with the sugar, you need to whisk, pour in the mixture melted and slightly cooled margarine, and then mix well. Then you add the flour, grated rind of lemon and mix everything.

Tender waffles will turn out if to use for the dough 4 tablespoons of cream, 125 g margarine, 30 g sugar, 100 g of flour and 4 eggs. The margarine should be melted, add the sugar and eggs, the resulting mixture should be beat until foam. Next comes the turn of flour and cream that you need to fill to foam the mixture in small portions and alternately.

For the holiday table usually served as snacks, and make fresh waffles for them in the following recipe. You will need: a Cup of flour, the same water, egg, salt and soda. Egg yolk, baking soda and salt should be connected, add ½ Cup water and flour, and after stirring, pour the remaining water.

For cooking sweet waffles with kefir you will need to use: half a Cup of flour, 1 teaspoon of baking powder, the same amount of soda, half a teaspoon of salt, one third Cup of sunflower oil, couple cups of yogurt and a couple of eggs. All the ingredients you need to mix and cook until just brown.

There is another very unusual waffle recipe – with condensed milk. It will need a margarine (200 g), a couple of eggs, condensed milk (1 jar), flour and starch 1 Cup and soda (one-third teaspoon). The dough should not be too liquid, for its preparation you will need to knead the margarine to repay soda in vinegar and stir the ingredients in this mix, dessert is ready. Received this recipe the waffles remain crispy and not gain leniency.
Is the advice useful?
Подписывайтесь на наш канал