The assertion that the passport is the main document proving the identity of its owner, no doubt. Without a passport it is impossible to hold any legally significant actions, including the right to enroll in school, register marriages to obtain social benefits. 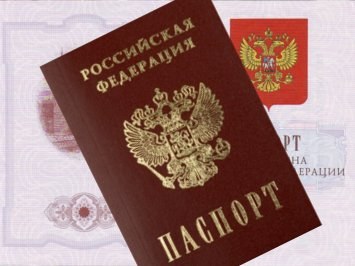 Related articles:
Instruction
1
The first is the passport issued to citizen on reaching the age of fourteen. The validity of the document in law is calculated to achieve the age, entailing its replacement. For the first time the passport has to be replaced in 20 years, the second substitution provided for in 45 years.
2
In both cases, the next after the day of birth, the passport is deemed to have lost its legal force.
3
After the loss of passport validity, one cannot use the document when carrying out of actions for compulsory identification. Ie the student will not be able to get a scholarship in the Bank, and the girl whose birthday is on March 5 and 6 in the number of wedding, not get married.
4
After the execution of 14, 20 and 45 years of age, a citizen within 30 days is obliged to apply to is located at his place of residence Department of the Federal migration service with the relevant written request the issuance or replacement passport.
5
For the period of the procedure, which takes from 10 days and more in the hands of the citizen is issued with a corresponding certificate that can be used instead of a passport during term of its action.
6
With the change of name, the document is valid until the day on which service of registration of acts of civil status will be issued a certificate confirming the change of name and (or) names. Same validity passports with entry into marriage and change of name and surname in judicial proceedings.
7
The maturity in the service of the Federal migration registration shall be counted from 24:00 hours. the day on which the certificate is 30 calendar days. During this month and on its expiry, the passport is considered invalid.
8
A late appeal to the bodies of migration registration shall entail the possibility to offenders of measures of administrative influence under article 19.15 of the Code of the Russian Federation About administrative offences. The liability provided for the residence of a citizen without a passport, provides penalties, minimum size is 1500 RUB.
9
A completely different view on the validity of the passport that has been lost inadvertently or stolen fraudulent. The passport is the rightful owner is considered invalid from the time that was specified when applying to the bodies of internal Affairs. Therefore, once in the bad position it is important to remember all the circumstances under which the passport was used by a citizen in recent times.
10
After receipt of the decision on the fact of loss of the passport by law enforcement should immediately contact the Department of Federal migration service to restore the lost document.
Is the advice useful?
See also
Присоединяйтесь к нам
New advices