What is the benzene ring

Benzene is an aromatic hydrocarbon, which is based on a group of carbon atoms interconnected in a loop. And that this special group is called a benzene ring or aromatic nucleus. 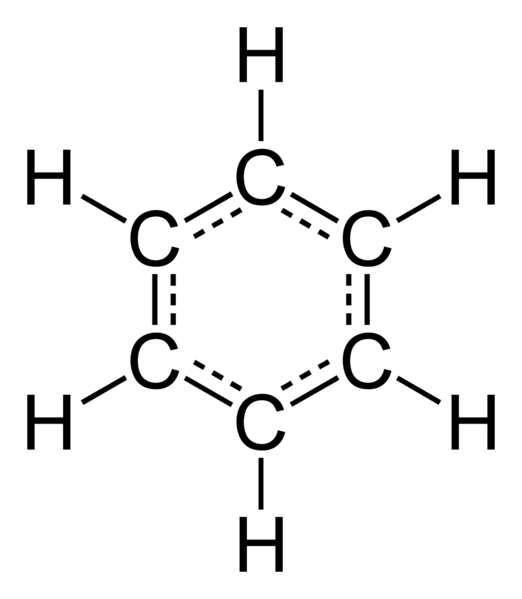 The specificity of the structure of benzene

In the distant 1825, Michael Faraday English scientist, studied the blubber. When thermal decomposition of the separated substance with a strong smell. Its molecular formula was С6Н6. It is the connection referred to today as the simplest aromatic hydrocarbon, or benzene.


The structural formula already proposed by the German chemist von stradonitz in 1865, was widespread. It represents alternating single and double bonds between carbon atoms, enclosed in the ring. When von stradonitz worked on this theme, in a dream he saw a snake that was biting itself in the tail. Through this dream he was able to create a benzene ring structurally determined spatial position of carbon atoms relative to each other.


In the molecule of benzene to the usual single and double bonds between carbon atoms are missing, they equally are equivalent, represent an intermediate, so-called semi-double, connection. With their help formed a single benzene ring, other substances this kind of communication is not found. A feature of the benzene rings is that all the atoms included in the composition of this substance, are in one plane, and the frame it is formed by the carbon atoms, creating a regular hexagon. All bond angles are 120 degrees, they are equal.

Each carbon atom in the molecule of benzene has the same electron density. The status of each of them – SP2-hybridization. This shows that only three hybridized orbitals, one s and two R. One p-orbital remains non-hybrid. Two hybrid p-orbital is overlapped with two adjacent carbon atoms, the s orbital of hydrogen overlaps with the third orbital. Non-hybrid p-orbital has a dumbbell shape, it is angled at 90 degrees to the s-orbital.


Due to the fact that benzene p-orbital of each carbon atom overlaps with two adjacent similar p-orbitals of the atoms, it turns out that connecting the electrons interact with each other, form p-electron cloud, the same for all atoms. Graphically it is depicted in the form of a ring within the right of the hexagon.

Benzene from its homologues represent a specific-smelling liquid, which is colorless. Their specific weight less than water, they are insoluble, but organic liquids such as acetone, ether and alcohol dissolve easily.

Strength at the core of benzene is very high, thanks to it easily enters into the operation of substitution. The hydrogen atoms in the core is very flexible, for this reason, the reaction of sulfonation, halogenation, nitration occur quite easily.
Is the advice useful?
Подписывайтесь на наш канал