How to make the iPhone glowing Apple

Owners of modern gadgets want to stand out from the crowd and often decorate their soup variety of chips: buy bumper case glued with rhinestones, hung from key rings. Fans of "Apple" devices will note that on the MacBook, the Apple logo glows on iPhone same icon just shines. However, some users of these smartphones, you can see a burning logo. That is why, many wonder how to do that on the iPhone was the Apple. 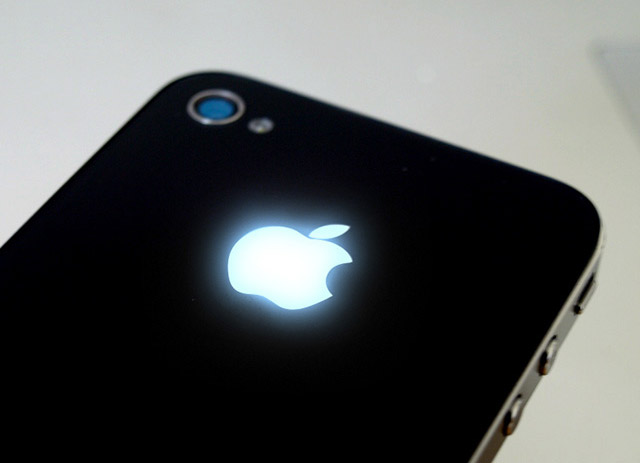 Related articles:
Instruction
1
Glowing Apple in the usual models of iPhones manufacturer was not provided. The logo glows the Chinese fakes of varying quality. However, demand creates supply, and the market began to appear the company offering to pump iPhone. One of the most frequent ways of pumping is an option to do that on the iPhone glowing Apple on the back cover of the phone.
2
Manufacturer glowing Apple has been tried by many companies to upgrade the smartphones on the iPhone 3g. While in case cut hole instead of a logo, and this place was inserted a transparent plastic plate and a few LEDs, so that the Apple began to glow. However, after this improvement, the phone began to quickly drain the charge.
3
The iPhone 4 and 4s problem in the manufacture of suitable was the fact that when you install it logo glass let in light, illuminating the inside. To get rid of this problem, had to do a special lining underneath the cover so that she became thicker. Apple a few towered above the frame, and it was evident that the phone was subjected to external impact.
4
Currently to do that on the iPhone glowing Apple logo, you can, for example, in the company iLoveiPhone. Experts have solved many problems in the manufacture of original lighting. For decoration device uses a thin diffuser and a microscopic led light, and the icon in the housing lid is cut with a laser. The iPhone 5, 5c and 5s cover is made of durable thin aluminum, but because the result of the production and implantation of the glowing Apple has become more neat and natural.
5
To make a glowing logo can not only in the shape of an Apple, and, for example, in the form of the company logo, on the iPhone or any other smartphone.
6
If you want to do to on the iPhone was glowing Apple, you will need to prepare 3 to 10 thousand roubles depending on model and material of the logo. Will have to wait from couple of hours to three days depending on the manufacturer. A significant disadvantage of mobile upgrade is that you lose the ability to repair the phone under warranty.
Is the advice useful?
Подписывайтесь на наш канал