How to find video card information

Video card – an expansion card inside the computer, is designed to accelerate 3D graphics and image output to the monitor screen. The power of the graphics card depends on your computer's performance in 3D games. It is specially adapted for faster than using a CPU, generating 3D models and various special effects such as water reflection, transparency and lighting. 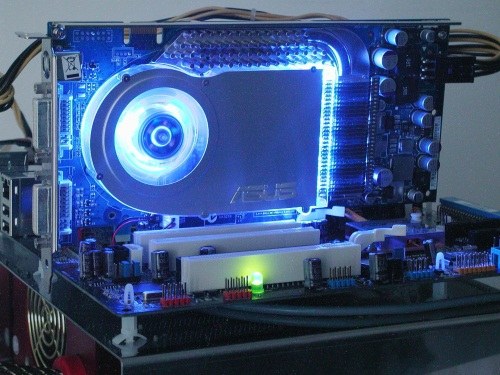 Related articles:
You will need
Instruction
1
To get detailed information about installed in the computer video card, there is a special programm GPU-Z. It is free and does not require installation on your computer, displaying characteristics immediately after starting.
2
The program GPU-Z has multiple tabs. The first tab displays the Graphics Card information about the name of the video card and its characteristics. In the Name field, specify the manufacturer and model of the graphics card. The graphics processor is displayed in the GPU. You can determine the version of DirectX supported by your graphics hardware DirectX Support in the field.
3
Field Memory Size displays the amount of RAM on the video card, Memory Type – its type, Bus Width is the bus width graphics card, and Bandwidth is bandwidth. Block fields GPU Clock and Default Clock displays the current and factory default frequencies of GPU, memory and Shader processors respectively.
4
At the bottom of the Graphics Card tab located line Computing, which displays the supported graphics card computing technology. In it you can get information about technology-enabled distributed computing CUDA, physics simulation graphics card PhysX and others. If you hover the mouse on the desired technology, you will receive detailed information about its version, supported by the video card and the extent of its support.
5
The second tab, Sensors, displays information regarding load, temperature and current operation mode of the video card in real time. Here you can see the current frequency on which works GPU, memory and Shader processors in the same fields as the tab Graphics Card. In the field of GPU Temperature displays the current temperature of the GPU. In the Memory Used field displays the amount of used VRAM. The current loading of the graphics processor shown in the GPU Load.
6
You can take a screenshot of the displayed features or condition of the graphics card by clicking a small camera icon in the upper right corner, as well as learn information about the load on the graphics card and its temperature in the course of the game. To do this, select the check boxes for Log to File and Continue refreshing this screen while GPU-Z is in background tab Sensors.
Is the advice useful?
See also
Присоединяйтесь к нам
New advices