Whether the baby mode of the day

Some young moms are thinking how best to organize the day of your child. The position of pediatricians in this matter at the present time is radically different from what it was in Soviet times. 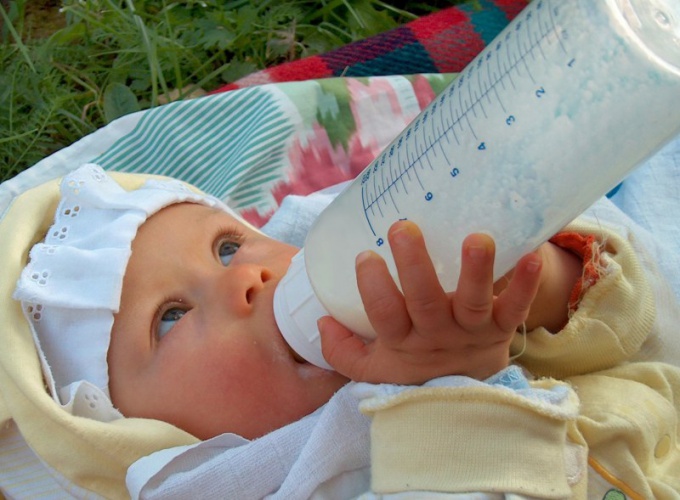 Previously, the pediatricians recommended to adhere to the strict regime of the day from birth. A night the child is not fed, and the day gave the chest strictly by the hour. If the baby is asleep at this time, it certainly did. This position was justified at the time. Previously, children were in kindergarten and the nursery very early to a young mother went to work. Of course, the teacher simply not in forces was to adapt to each individual mode, so it was easier to have it all the same. All the kids in kindergarten at one time was fed and put to bed.

In fact, the child's psyche is arranged in such a way that the baby more comfortable to live according to the usual routine of the day. When a child knows what's going on, he becomes much calmer. For example, daily bathing, feeding and bedtime. If this sequence is repeated every time the baby falls asleep much calmer. But the daily routine does not imply a rigid adherence to the regime. A young mother she adapts to the rhythm in which he lives her baby.

The daily routine is the easiest to install, starting from the feedings. The baby can only sleep well-fed. If he is hungry, to sleep becomes extremely difficult.

Up to 6 months, the child eats only mother's milk. Modern experts on breastfeeding is recommended to feed this baby on demand. This means that the mother gives the baby the breast when he wants, both day and night. Some children sleep for a few hours, while others practically do not let the chest.

If the baby wants to eat, he would Wake up and call my mother crying. No need to Wake him to feed. When the mother follows a biological clock of a baby, her body adapts, too: milk is poured to the exact moment when the baby wants to eat. The first 2-3 months of a baby's life is the settling time of the day.

Slightly different is the case if the kid is on artificial feeding. The mixture is much more nutritious than breast milk. So feed her on demand is impossible. The child will be too fast to gain weight. In addition, the mixture is harder to digest breast milk if a baby drinks too much and often, it will give a heavy load on his digestive system and kidneys.

Not necessarily to feed the baby a mixture only during certain hours. But better keep an adequate gap between meals infants: about 2-3 hours. Don't Wake the baby, if that time has passed. As with natural breastfeeding, baby will Wake up when hungry. But to give the mix more often than every 2 hours is not necessary.

Six months pediatricians recommend introducing solid foods. At first it's only Breakfast, and eventually there is lunch and dinner. From the moment of introduction of complementary foods to establish a daily routine becomes easier. Not worth it to hard mode, so always Breakfast the baby was 10 hours, and lunch at 14. But the traditional procedure does not hurt. For example, after waking up, Breakfast, then a walk. Over time, the baby will get used to withstand quite a long period before lunch and his daily routine will be stable enough.

To make the child comfortable, the young mother need to be flexible and to listen to the biological clock of your child. The imposition of a strict regime of day for the baby without taking into account its features will not do good either to himself or his mother.
Is the advice useful?
See also
Присоединяйтесь к нам
New advices