How long is pregnancy in hamsters

Hamsters - very cute Pets that children love. It should be borne in mind that hamsters quite well, and most importantly - very quickly breed in captivity. 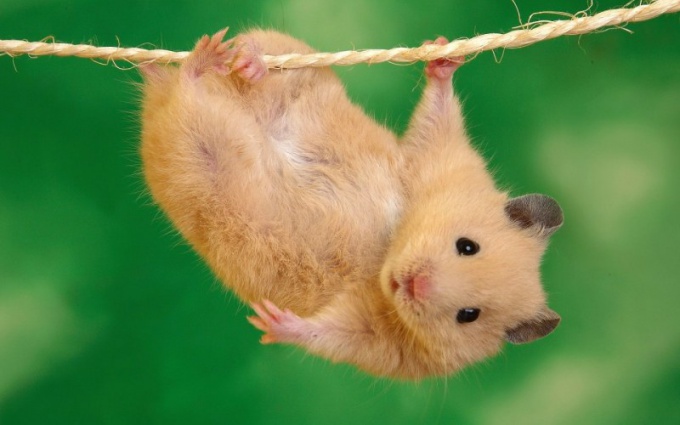 Hamsters - animals that are quite easy to reproduce, and reproductive age they reach 3-4 months after birth. So if in the same room contained male and female, pregnancy in the latter is very likely.

In Russia the most common breeds of these animals, which are commonly kept as Pets are the Syrian and Djungarian breed, but some owners keep hamsters and other breeds. In General it can be stated that a larger animal requires more time to generate a baby in the womb, so the larger the hamster is, the longer the pregnancy, the female of this breed. Thus, in Syrian hamsters breed duration of pregnancy is from 16 to 19 days, and the Dzungarian hamster breeds from 19 to 22 days. This duration is typical for most cases of pregnancy, rodents, and exceptions to this rule are extremely rare.

However, to track the pregnancy in the female hamster at the appearance is not too easy. Noticeable belly the female appears only in the middle period of time; almost simultaneously, her nipples become more bright and large. This means that soon she will appear young. However, if the animal has a very long and fluffy fur, owners can pay attention to these signs and later, almost to the end of your pregnancy.

To the conclusion that the female is pregnant, it is possible indirectly. These can include increased drowsiness and appetite of the animal, as gestation babies require from her a lot of strength. However, in some cases, the situation may be the opposite - when the female begins to eat less, showing higher than usual activity. In any case, the change in rhythm and the lifestyle of the rodent should be for the owner the reason to pay him more attention.

After it became obvious that the female is expecting a baby, it is advisable to provide her single stay in a cage or another room where it is kept. This is because changes in mood and behavior of the animal can occur in the outbreaks of aggression, which will inevitably lead to conflict between a pregnant female and her neighbor, roommate or neighbors. At the same time may suffer as a future mother, and other members of the team, so better not to bring the situation to such an outcome.
Is the advice useful?
See also
Присоединяйтесь к нам
New advices