Mojito: history and varieties of the popular cocktail

Everyone's favorite soft drink Mojito appreciated for their refreshing taste and is especially popular in the hot season. The recipe first appeared more than 100 years ago, and variations of the cocktail began to prepare in the world. 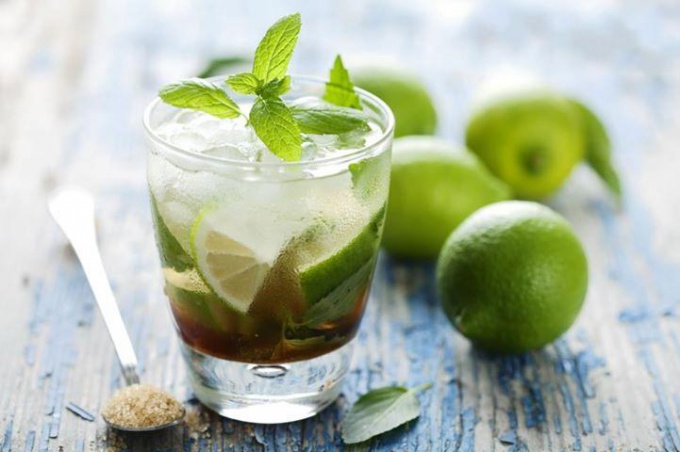 The history of the Mojito

According to one version of hard liquor with the addition of mint and lemon became popular in the nineteenth century the pirates. Thus they carried out the prevention of colds. Pirates loved to drink rum in its purest form, but during the bad weather was added to the drink lemon juice and spices.

In another version of the Mojito was invented in the mid-twentieth century in Cuba. The bartender of a small restaurant, when I run out of Bourbon, added instead in the cocktail, Bacardi rum. The drink quickly become popular among local residents and became popular on the island of Cuba.

Among the ardent fans of the Mojito was Ernest Hemingway and Fidel Castro. Traditionally, the composition of the Mojito consisted only of strong white rum, lemon slices and mint leaves. Due to the lemon juice cocktail did not seem so strong, and the mint leaves gave a refreshing taste.

By the end of the XX century, the Mojito has become popular all over the world appeared kinds of cooking. In the UK in one of night clubs the bartender made Apple mojitos, which were coveted in Europe. In it was composed of clarified Apple juice, which was mixed 1:1 with white rum.

Later appeared the other variations of recipes Mojito with freshly squeezed juices: strawberry, cherry and cranberry. Mint leaves, pounded in a mortar together with cane sugar and lime juice began to mix with berry juice and white rum.

Currently, traditionally, a Mojito made cooking not as strong as it was in the last century. Classic white rum diluted with soda, but definitely add to the cocktail with crushed mint leaves together with brown cane sugar and squeezed lime juice. Of course this cocktail is prepared with lots of crushed ice, which in the company mint to create a refreshing taste.

The Italian version of a Mojito

In Italy, the locals began to prepare a Mojito in its own way. As the wine is a traditional alcoholic beverage, they decided to add it to a popular refreshing cocktail. As a result, recipe Mojito white rum mixed in equal proportions with sparkling white wine, and added lime juice and crushed mint leaves.

At home Russian fans of mojitos prefer to prepare a cocktail of improvised products. Thus lime is often substituted for the lemon, instead of rum in the cocktail is vodka, and the beverage strength is reduced by adding soda water or sprite.
Is the advice useful?
Присоединяйтесь к нам
New advices