Rigidity of water and ways to fix it

Water hardness is caused by high content of dissolved salts of alkaline earth metals such as calcium and magnesium. This is the cause of breakdowns of household appliances, mainly washing machines. To get rid of this properties of water in different ways. 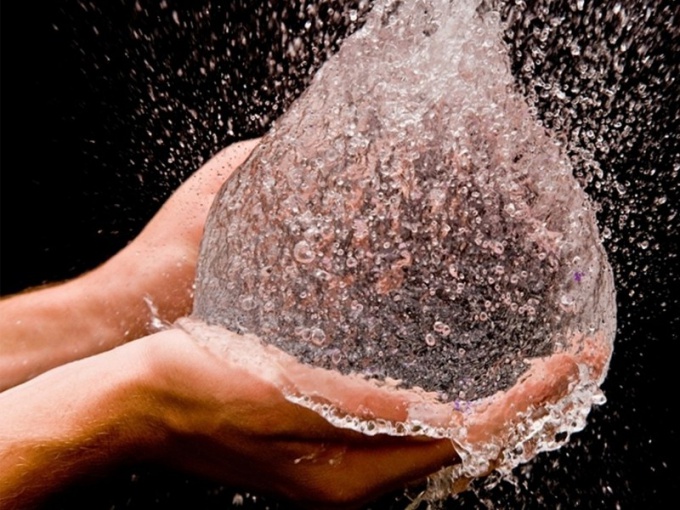 Related articles:
Eating hard or soft water carries a minor injury. At high salt concentrations can form bladder stones, and low level slightly increases the risk of cardiovascular disease. The taste of spring water is due its stiffness.

Stiffness and softness of the water depends on the levels of salts. In the first case it is high, the second is insignificant. These terms were presumably due to the properties that had water on things. If you wash them in hard water, and the fabric itself will be the same. If soft, then the clothes became such.

Water hardness is temporary and permanent. The first one contains the hydrogen carbonate of magnesium and calcium, the second other salts. Mainly it is sulphates and chlorides of the same components. They stand out in boiling water.

Hard water dries the skin when washing. It is bad foam, and its use leads to the formation of scale. At the same time, soft water will cause corrosion, and bicarbonate rigidity to the contrary does not allow it to occur.

The level of salt content in natural waters is variable. It rises during the evaporation of water, and in the rainy season and the period of snow melting decreases.

How to troubleshoot stiffness

The first and easiest method – thermal. It is only necessary to boil water, which is unstable and bicarbonates of magnesium and calcium will start to decompose. This will eliminate the temporary hardness of water. In addition, the result of the decomposition of the salts will be the scum.

You can also try reagent water softening. It is necessary to add soda ash or slaked lime. In this method, salts of magnesium and calcium are transformed into insoluble compound and precipitate. Best way to remove hardness is considered to be orthophosphate sodium. It is part of many products domestic and industrial importance.

Another way would be to cation exchange. In the water you must put the ion-exchange regulated download. Often use ion-exchange resin. In contact with water it absorbs the cations of the salts. Taking away them from calcium, magnesium, iron and manganese, it gives sodium ions and hydrogen, and the water becomes soft.

You can use reverse osmosis. Must pass the water through a semipermeable membrane. While water will remove most salts, including those that are responsible for rigidity. The effectiveness of this method sometimes reaches almost 100%.
Is the advice useful?
Присоединяйтесь к нам
New advices