How much are the corals and where you can buy them

Coral is among the precious minerals used in jewelry. Despite the fact that scientists could not determine the nature of this delicate stone jewelry, utensils, and even drugs of coral has been in Vogue since ancient times. Although ordinary people call coral gemstone, in fact it is an external skeleton of invertebrate inhabitants of the seas. 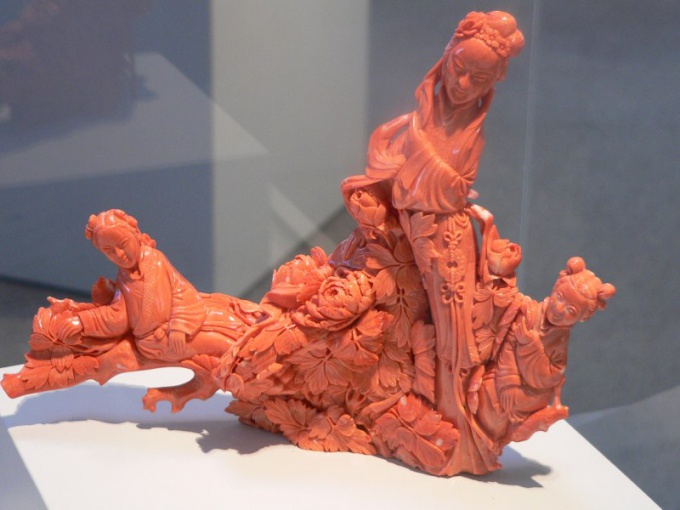 Corals are composed of calcareous spar, and color, which is so highly valued by jewelers, they impart impurity of salts of magnesium, oxides of magnesium and iron, and organic compounds. In addition to the popular red minerals highly prized pink, white and rare yellow, black and blue corals.

In jewelry the stone has been used since the dawn of civilization. In excavations of ancient Mesopotamia routinely find jewelry and objects of coral. Medieval monks and priests also appreciated this mineral, attributing to him the cleansing properties and the ability to banish impure thoughts. Coral did beads, they decorated their icons, crosses, Church utensils. Slavic craftsmen were famous for their ability to carve a porous material smooth balls, whose purpose is still a mystery to scientists.

How much are the corals

Mining of corals is in the Red and Mediterranean seas, Indian and Pacific oceans off the coast of South-East Asia. Mineral form living near the coast polyps, secreting calcareous mass, which solidifies under the action of sea water. Mining of corals is a very complex and dangerous procedure: when fishing rarely caught standing instances, and hunters this valuable mineral cause considerable damage to the ecosystem of the underwater world.

The resulting material is divided into root, frothy and precious coral. If the first two classes are mainly used for cheap jewelry, figurines and other small Souvenirs, the noble, the coral is meticulously sorted by color and used skillful jewelers to create these masterpieces.

Like any other stone, coral everyrime estimated according to the following criteria: durability, color homogeneity, presence of a natural pattern formed by the impurities. The purer and the better the stone, the more it will cost the collector. For example, the price of faceted coral weighing 10 carats can exceed $250. However, since to produce a truly unique sample of a mineral is not easy, most of the jewelry is much cheaper. For $60 you can buy a silver ring with a small stone.

Where to buy corals

In search of jewelry made of corals in Russia is to walk around the jewelry stores, antique shops and, of course, flea markets. However, if you don't want to overpay for a fake, should carefully examine the stone before buying. Modern masters learned to imitate so well the minerals that distinguish their artificial coral from the real easy. When buying pay attention to the pattern on the stone: if the stone is indeed a coral, you will notice the mesh structure on the surface.

Often in museums and exhibition centers organize the exhibition of gems and ornamental stones. In such event, not only to admire the minerals, but also to buy handmade jewelry. As a rule, products with coral to such events are inexpensive, but the quality is worth to pay close attention.

Finally, if you are planning a vacation on the ocean near coral reefs, you will be able to purchase jewelry and crafts from this amazing mineral in any souvenir tent at the resort. Excellent copies can be purchased in Egypt, Japan, Australia and the Canary Islands.
Is the advice useful?
See also
Подписывайтесь на наш канал