Who created the iPhone

The concept of the iPhone was invented in 2000, an Apple employee John Casey. It is suggested to connect a portable player iPod and mobile phone in one device, which he called Telipod. Soon the team of Apple experts, led by co-founder and CEO Steve jobs and VP of industrial design Jonathan YWAM started the creation of the iPhone. 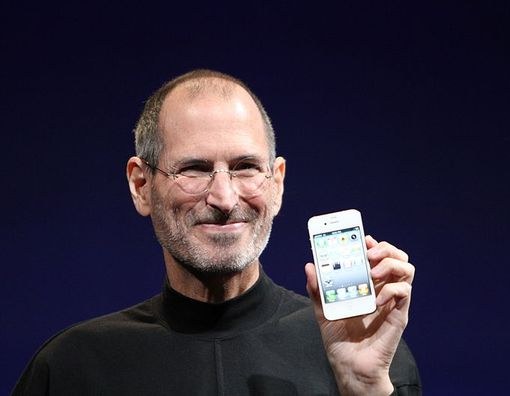 The first pancake is always lumpy

The first smartphone from Apple was the ROKR E1, released on 7 September 2005. Created the phone in collaboration with Motorola and represented, in fact, the usual Motorola E398. Was modified only color of the case and added Apple's software, in particular, player iTunes, reminiscent of the iPod interface.

The first pancake came out lumpy. Despite the powerful advertising campaign, sales of the phone went. Its design is recognized unsuccessful, but functionality is weak. Some publications have recognized the phone a failure. Both partners were dissatisfied with the cooperation it has accused of failure of each other. Everyone decided to go his own way.

Despite the failure, Steve jobs signed an agreement on bilateral partnership with mobile network operator Cingular Wireless, which now operates under the name AT&T. the iPhone was also a statement that Apple plans to soon create your own mobile phone.

Created iPhone in secrecy. The engineers working on the various components of the phone, even forbidden to communicate with each other.

9 Jan 2007 on the corporate conference held in San Francisco, Steve jobs introduced the iPhone. A new device he identified as a combination widescreen iPod with touch controls, a revolutionary mobile phone and breakthrough Internet switch.

Production of the iPhone launched on 29 June 2007 in the United States. Thousands of people pre-recorded on iPhone in the offices of Apple and Cingular Wireless. In retail stores customers just swept away the smartphone for a matter of hours. Soon the iPhone was launched in UK, France, Germany, Spain, Portugal, the Republic of Ireland and Austria.

The idea of Steve jobs, the iPhone became the first mobile with no hard keypad for dialing. He was completely sensory, with innovative multi-touch technology, the original system of scrolling and zooming.

The iPhone also has an integrated accelerometer and motion sensor, allowing users to change the horizontal and vertical screen by simply turning the phone. The aesthetic design of the smartphone developed by Jonathan Ive.

The New York Times and The Wall Street Journal published positive, but cautious, reviews of the new smartphone. Their main criticisms were the slow speed of the Internet, the cellular operator Cingular Wireless, and the inability of the iPhone to work with 3G technology. Observers of The Wall Street Journal concluded that "despite some flaws and artistic omissions, the iPhone is a breakthrough handheld computer."