Today, there are a huge selection of mobile phones for every taste and budget of the client. For half a century, compact portable communications tool has become indispensable for most people in the world. 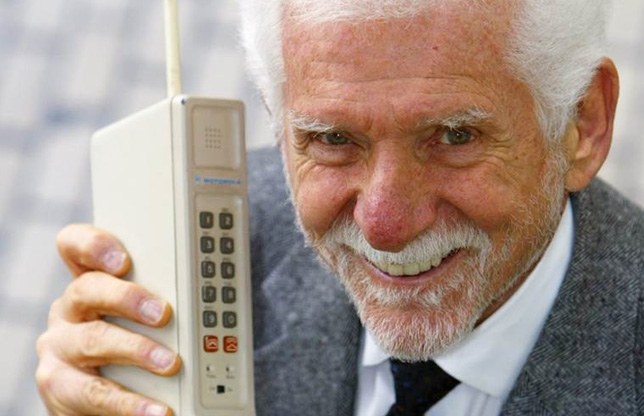 The history of mobile phone

Back in the mid-twentieth century was offered the option of making calls using a portable means of communication. In 1963, Soviet engineer Leonid Kupriyanovich developed the first experimental model of cell phone. However, this model had a weight of about 3 kg and it came with a special carrying case base. This option would require a thorough revision.

The idea of using communication tools in the car came from the laboratory of Bell Laboratories. And at the same time experts of the company Motorola also pondered the option of a compact portable means of communication. At that time, this company has successfully produced portable radio.

The man who created the first portable mobile phone

It should be noted that the first inventor of the mobile phone was Martin Cooper, who was the head of communications in the company Motorola. At first the whole environment of this talented inventor was skeptical about this option of means of communication.

In April of 1973 Martin Cooper made a call using his invention from the streets of Manhattan to the head of the Bell Laboratories. This was the first call in the history of the mobile phone. It should be noted that the choice of the subscriber to Cooper, was not accidental. At that time, both companies tried to create the first device for communication. Cooper with his team was the first.

Only in 1983, by a long development, was presented to the public an exemplary embodiment of the modern phone. This model was named DynaTAC 8000X, its price was almost $ 4,000. However, there was a huge number of people willing to buy a new device, they even queued up for purchase.

It is necessary to consider the appearance of the first portable communications, which is largely different from today's vehicles:

- tube length was about 10 cm of it protruded a long enough antenna;
instead of the usual now display on the phone has a large button to dial the subscriber's number;
- weight of the first cell phone was about 1 kg, dimensions: 22,5x12,5x3,75 cm;
phone was only used for making calls;
mode talking battery operated 45 min – 1 hour, and in a quiet mode – up to 4-6 hours;
- charge the first cell phone you had about 7-9 hours.
Is the advice useful?
Присоединяйтесь к нам
New advices