What to talk about with strangers

Everyone has at least occasionally attending dinner parties, social events, corporate parties or visiting unfamiliar people - that is, in those places where at first it is difficult to relax and be fully themselves. At such moments people have each other to smile and play along, to talk with others on different topics, to toasts, to tell and listen to jokes. For someone with the ability to conduct civilized conversation is easy and even a pleasure, and for someone is hard enough. 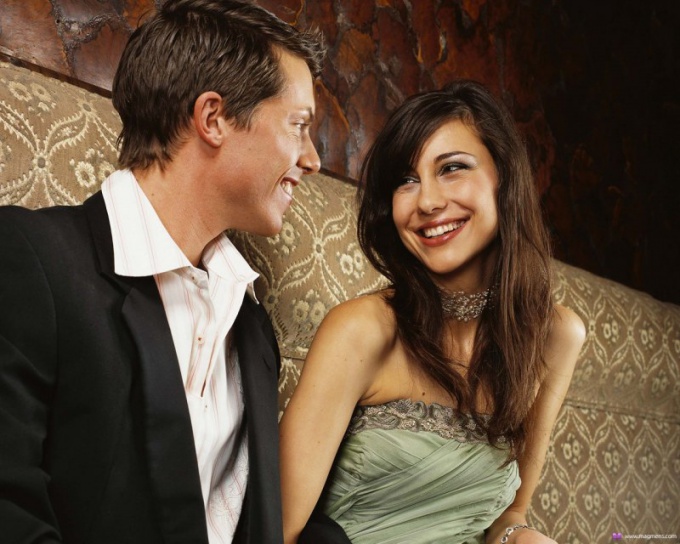 On what topics to talk about with strangers

With strangers you can talk on various topics, including the family. Ask whether your buddies children; where their family is from; how long they live here. These and various other questions about the family is able to melt any ice. Note, however, that you ask about that, if he is married (or is she married, if we are talking about a woman) is considered indecent.

Another relevant topic on which to speak to unfamiliar people - occupation. Ask the person with whom you started talking, what he does; what he thinks about his work; he worked with before; than going to do in the future. By asking such questions, do not forget during the conversation to talk about yourself.

Not less interesting topic - rest. Ask the person what his hobby; where he rested this year and liked him; what films he likes and how he likes them. If he has a real hobby, you are very lucky, because usually people are about their Hobbies able to talk for hours on end. Most importantly, to have someone to listen.

Conversational appropriate topic for discussion is education. Ask where this person studied; does he know Professor so-and-so; I wanted to learn and what specialty; what University he can recommend children. However, to speak about education not all — some people this topic is not interested, but for others it may be unpleasant (for example, if a person is not able to do/finish College).

Most people are interested in such subject as money. Why has the Central heating? Will there be more rise of price of gasoline? Most beneficial where to buy food for a week? However, keep in mind that discussions about money quite easily go to a political debate. You do not need. Health, religion and politics are three topics that are not appropriate for conversation with strangers.

However, small talk is allowed to discuss the news from the media, the Internet and social networks. But it is worth considering that not all people are interested in topics such as the absence or presence of children of celebrities. It is better to tell you about some new discovery/invention or of something positive and fun. The news will certainly raise the mood of your companions.

The main skill to master in conversation with unfamiliar people is the ability to listen and show sincere interest in what the interlocutor says.

It is clear that all taken into account and completely impossible to foresee. Getting into an unfamiliar environment with strange for you interest, just imagine yourself as a journalist who gathers material for the article. Pay attention to the statements of interlocutors, keep interest and a positive attitude. And then you will have the opportunity to find new friends or even a soul mate.
Is the advice useful?
See also
Присоединяйтесь к нам
New advices