How to use used batteries

Various power sources are widely used in various electronic devices. Without them it is impossible to imagine the work of mobile phones, cameras and camcorders and many other devices whose operation is based on the use of electricity. 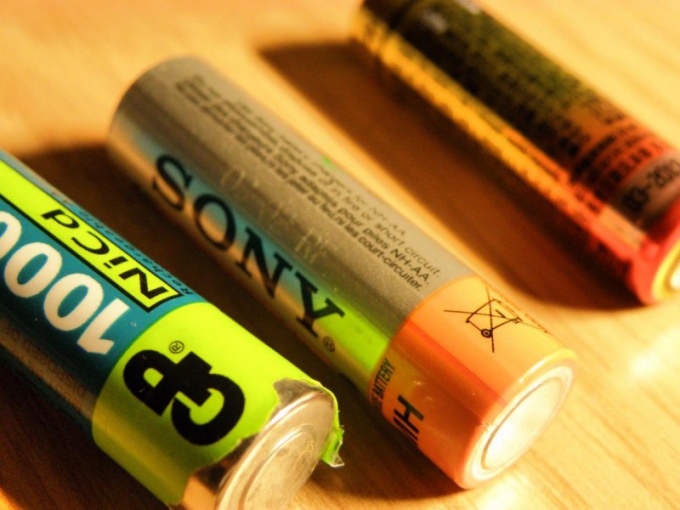 What is a battery?

The battery is the source of a certain amount of energy that like a battery gives power and fuels our stuff. As a rule, a battery has a positively and negatively charged pole. And each of them carries respectively charged ions at the location of the batteries in the nest.

Each battery has a certain voltage and capacity. Battery voltage varies from 1.5 V to 3V. And its capacity depends on the amount of active elements. Also on the battery capacity affects the charging level, the mode of its use and of course the ambient temperature.

Although at first glance the battery is small, but inside it is a complex chemical process, which produces electrical energy. The main components of batteries are anode, cathode and electrolyte. This is called an electrochemical system.

The batteries are alkaline, lithium, mercury, and salt. Each of them has its advantages and disadvantages in use.
Alkaline battery is commonly used for electronic devices. In itself, this battery is the most durable and has a lower probability of leakage compared to saline.

The lithium battery has a fairly high and stable level of electrochemical activity that allows you to use it much longer than alkaline.

The mercury battery has a long shelf life, it is steady against differences of temperatures, has high capacity and energy. But with the tightness of it becomes toxic, as it is based on mercury.
The battery is less resistant to temperature changes and has a shorter shelf life, along with other batteries.

What to do with used batteries?

Today there are organizations where you can bring old batteries. In the future, all collected batteries are sent to the factory for recycling and safe disposal.

Very often people just already thrown the batteries into the garbage together with other waste, or simply drained into the sewer, sometimes not thinking about the fact that over time the shell of the battery starts to decompose and all the harmful substances inside, being released directly into the atmosphere.

There is also the possibility to bring back to life some types of batteries using a special charger, which determines the type of battery and the time required to charge it. Usually, the charging time of the batteries is approximately four hours.
Is the advice useful?
See also
Подписывайтесь на наш канал