How to repair lithium battery

Lithium batteries are considered intelligent, they are supplied with built-in controller. Lithium is the most active metal, so the batteries have compact and capacious. They contain 1.5-2 times more energy than Nickel. But this feature has a downside. Restore batteries is almost impossible. It is easier to keep them in working condition. 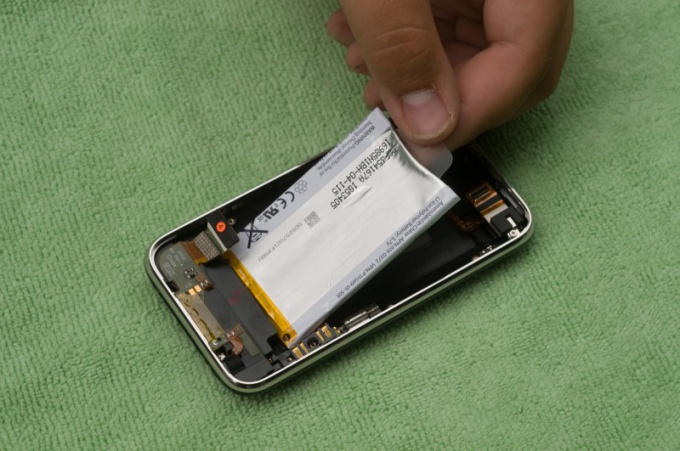 Related articles:
You will need
Instruction
1
Follow the rules of operation. Do not bring the battery to a minimum charge. These lithium batteries are different from Nickel, which is the position even is useful and allows in some cases to restore the original capacity. Intelligent battery needs to be charged, and if they happened to discharge fully connect them to the network as quickly as possible.
2
Use not only the charger but also the USB for regular recharging of the battery. Lithium batteries partial and frequent connections to the power supply can't hurt, and will prolong its life.
3
If the charge approaches the minimum, and a special device at hand, connect your mobile device with a lithium battery to a running computer using the USB cable. If the battery is completely dead, then this method will not help.
4
Avoid working in the cold. Lithium batteries deteriorate from such conditions. A few minutes later they quite survive, but do not get carried away. Store devices with batteries in the inner pockets of clothing.
5
Avoid overheating the battery is fully charged. The degree of the charge depends on ambient temperature. And if in the cold it drops quickly, then at higher temperatures - rising. In particular, in hot locations should avoid all kinds of casings for devices with lithium batteries. With the threat of overheating, do not connect the charger to the network, work offline.
6
Keep replacement batteries and keep them charged separately. The optimum occupancy level of the battery for long term storage - 50%. Like this serviceable device can lie quietly for up to six months.
7
Connect the charger if the battery shows no signs of life. And leave alone for 15 minutes. If during this time did not start charging, then restore the battery, most likely, will not succeed.
8
Try a last resort, if the battery management does not respond to charging. Remove the adhesive tape from the battery, remove the plastic bezel and attach the wires according to polarity directly to the terminals coming from the battery. Start to charge. Perhaps, after 5-10 minutes the battery recovers. Bring him back to his previous form, insert the device and continue charging as usual.
Is the advice useful?
See also
Присоединяйтесь к нам
New advices