What interesting books for a boy 11 years old can read

The selection of books for 11-12 year old boys is quite large: there are a large number of works of Russian and foreign literature of various genres, designed for adolescence. 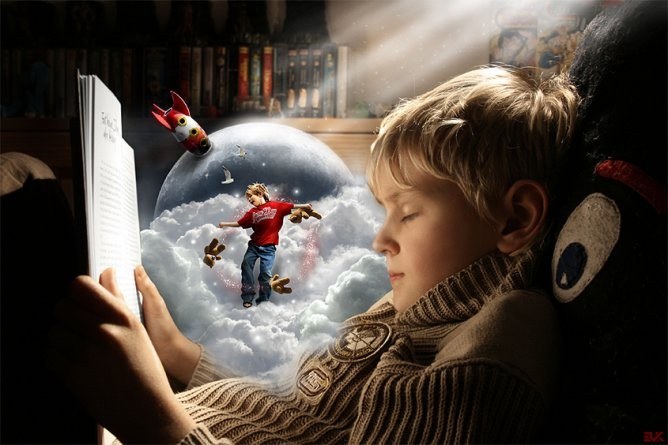 Related articles:
Early adolescence is a good time to "binge" of reading, encouraging your child to good adventure or science fiction, books about nature and history.

Fiction literature for this age includes not only classic science fiction, but also fantasy or books about alternate universes. Russian authors writing for children and teenagers, it can be noted Vladislav Krapivin. Young readers will enjoy the series "In the depths of the Great Crystal" and "Dovecot on the yellow meadow. Each series consists of several rather large novels. Vasariniu books Krapivina also worthy of attention. From the classics of children's fiction of the 20th century can be called the E. Veltistova trilogy about Electronics (the book can offer after watching the movie).

Classic literature for kids of this age are considered to be "Chronicles of Narnia" by C. S. Lewis. In a cycle of 7 books, each of which can be read as an independent work. A charming piece, a small passage even included in school textbooks of literature is "the Hobbit" George. R. R. Tolkien: this tale is read with pleasure not only children and adolescents but also adults. The beginning of the famous series of books about Harry Potter J. To. Rowling, namely "Harry Potter and the philosopher's stone is designed precisely for the age 11-12 years (it is assumed that the reader will grow along with the characters, entering 11 years in the school Hogwarts).
Best NF American literature for Teens is considered to be a book by R. A. Heinlein: Have space suit – ready to travel", "Star beast", etc.

Almost all young boys like adventure stories. One of the most popular books for children of this age in the adventure genre are the books by Mark TWAIN about Tom Soyera and Huckleberry Finn. Classics can be called a great story of Astrid Lindgren, most of which heroes are boys from 10 to 14 years.

As a rule, 11-year-old boys love books about animals George. Darrell. Of his works for children are considered to be the best "My family and other animals" where the author, who appears the same age as the readers – ten-year-old boy. Of the fabulous books Darrell is possible to note a tale for children "the Talking parcel".

The other wonderful animals (E. Seton-Thompson, B. Zhitkov, V. Bianchi) wrote mainly for adults but their books are quite clear and younger teenagers.

Fascinating reading for boys of this age can become myths of the world: ancient Greek, Norse, and Egyptian.
Is the advice useful?
Подписывайтесь на наш канал