What to do to a teenager if parents drink

Alcoholism is a serious social problem of modern Russian society. But for a child whose family has a drinking parent, or even worse - drinking both parents, alcoholism in 99 cases out of 100 it is a personal tragedy. 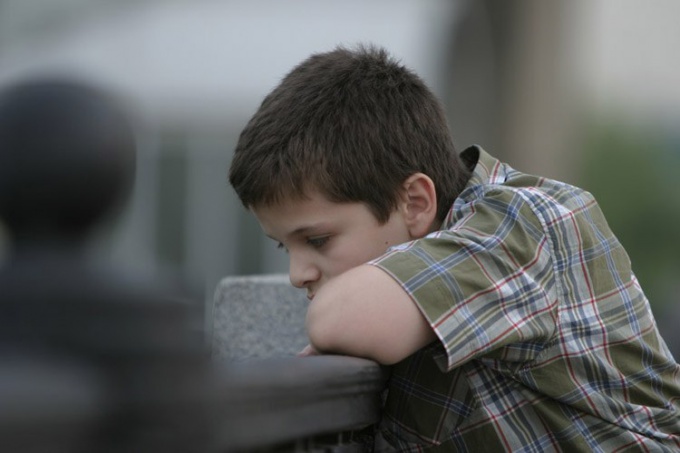 Related articles:
Instruction
1
Whatever the parents for a child is the only one close and he loves them despite their flaws and bad habits. But sometimes, when the parents pass all reasonable limits in following their inclinations, the child may experience a strong feeling of dislike and even hostility. Especially brightly it is expressed in adolescence, when there is hormonal changes the body, and the teenager their own problems more than enough. The need to solve their teenage problems on the background of parents who drink creates additional burden on the psyche of the child.
2
What can you advise young fragile mind in such a situation? It all depends on the General mood in the family. If the parents belong to the category of so-called quiet alcoholics, they can engage in constructive dialogue. All parents love their children, and alcoholics are no exception, if it is certainly not completely degraded personality. The teenager is the point of having the conversation in the moment of enlightenment of parents about what their drinking is causing problems of a teenager. Causes can be the inability to position themselves in society peers, the inability to efficiently prepare for lessons, financial problems, in the end. Not the fact that one conversation can change the situation, but as they say, the water wears away the stone.
3
The teenager should understand that alcohol is for the person not yet having a physical dependence, is a kind of veil, masking more serious problems. A teenager, not yet an adult but no longer a child. He can at least make your own attempt to eliminate the root causes. Maybe between the parents had cooled the relationship and it is their burden – to try to unite the family, suggesting a joint undertaking that requires thorough preparation. Perhaps one of the parents has lost value orientations and the drunkenness of another is a consequence of empathy. Here pertinently to remind that child's future is the main value, and the teenager is still in need of parental care, moral and material.
4
If the parents agree in principle with the arguments, but do not have the strength to resist the habit, you can try to persuade them to seek professional psychological or even medical help. In that case, if the measures do not bring the desired result, it is easier to ignore their problems, and to lead an independent life. Just remember that in adult life are unlikely to be able to get help from such parents, and in most cases have to rely solely on their own strength. To do this, not just to study well, and already look promising sphere of action for the future. Some Teens in this situation are beginning to make their own in the school, fortunately, there are many opportunities to get money by honest work, at least work on the Internet.
Useful advice
The child from drinking the family always has the opportunity to obtain protection from the authorities. It is not necessary to call the police. In schools there is the position of inspector for the protection of childhood, or just responsible people. Do not be afraid to turn to him for help. At the time the child may be removed from troubled families and place it into a rehab center to solve problems.
Is the advice useful?
Подписывайтесь на наш канал