Why glass is a liquid?

Solid - liquid and there is no paradox. Yes, indeed, there are substances which, even in the solid state behave like liquids. On the other hand, in ordinary life, few men were met by a substance harder than glass. 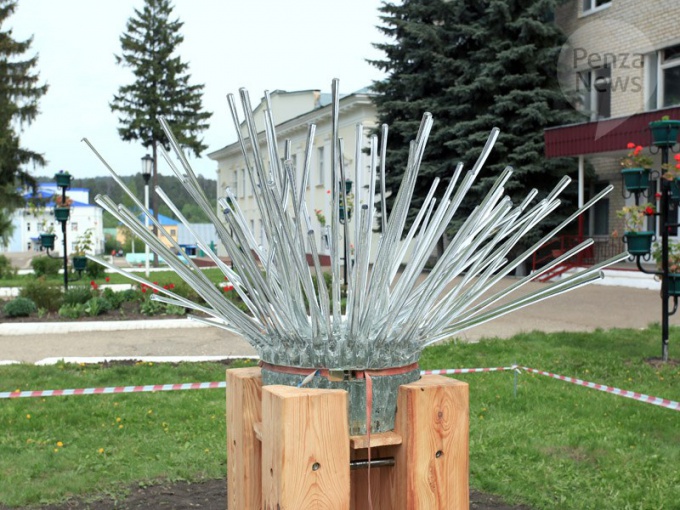 To be precise, it is not frozen but supercooled. Since glass retains the basic fluid properties even in the conventional solid state. Understandable objections – they say the glass is not flowing! It's very simple at room temperature it is almost not flowing, or rather flowing, but very slowly, but it is only heat, the movement will immediately become clear.

Heating glass or glassware to a temperature of 600 - 900 degrees completely changes its properties. The glass becomes soft and pliable, allowing you to give any form.

This is characteristic of all amorphous substances, which include glass, also in this category you can include all resins, both natural and artificial, glues, rubber, certain types of plastics.

Of course, there is a difference in the temperatures at which these substances lose their hardness, but the principle is the same everywhere.

The secret of the crystal

The main difference between amorphous solids from crystalline and that amorphous do not have an ordered crystal lattice. Keeping the structure of the near relations, the amorphous substance has no long-range order arrangement of atoms and molecules. Thus, for amorphous solids typical isotropy of properties and the lack of a definite melting point. That is, with increasing temperature the amorphous body soften gradually and imperceptibly pass into the liquid state.

It follows that the crystal body is different from the liquid not only quantitatively, but mainly qualitatively. That is, an amorphous body can be safely regarded as a liquid with extremely high viscosity.

The mysteries of glass

As mankind became acquainted with glass and when he learned to produce, to know is impossible. It is obvious that this acquaintance began with analogues of natural glass - obsidian and tektites.

It is only known that the oldest found in today's products is considered to be man-made glass light green bead size 9x5. 5 mm, found in the vicinity of the city of Thebes Dating back to 35 BC

Pliny is the legend of the glass like a soda dealers, moored to the shore, began to prepare lunch. Since they are not found suitable stones, they had to back boilers chunks of baking soda and some time later the soda is warmed up and mixed with river sand. Appeared previously unknown liquid. Despite the fact that attempts to repeat the experience failed, the tradition continues to live.

Most likely, the glass was obtained as a byproduct in the smelting of copper.
Is the advice useful?
See also
Подписывайтесь на наш канал