The Ebola virus is known to scientists for several decades, and during that time he killed more than thousands of people. Outbreaks of Ebola were recorded in Africa regularly, but the epidemic 2014 has broken all records. Terrible news about the deaths from fever show regularly on TV and in print media. Many people wonder, what is the Ebola virus, how it spreads, possible treatment and prevention of the disease, whether it comes to the epidemic to Europe and Russia. 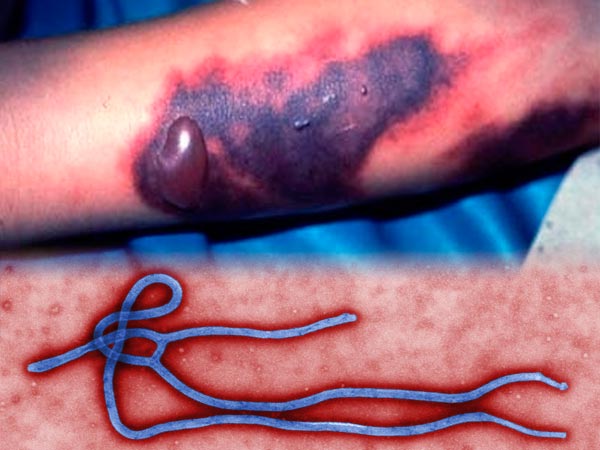 What is the Ebola virus

The Ebola virus belongs to the family filovirus. In higher primates and man, penetrating into the cells, it causes a hemorrhagic fever. He was discovered in 1976 in Zaire near the river Ebola, which is caused by the virus, the disease received the same name.

The virus that causes Ebola epidemic, like a long worm. In the photo you can see a threadlike structure of single-chain odnovremennogo of the Ebola virus. 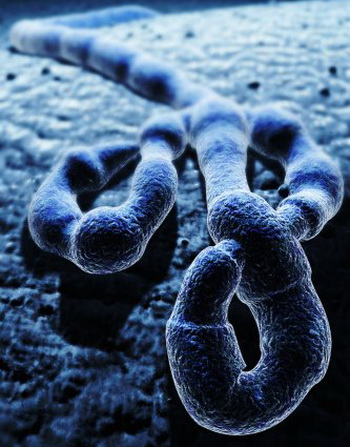 How is the Ebola virus

Ebola hemorrhagic fever transmitted to humans from the Egyptian flying dogs, bats fruit bats in the blood which he lives. The scheme of distribution of the disease Ebola.

Typically, infection occurs during the transmission of the virus from the mice, and other animals. Among them gorillas, chimpanzees, antelopes, porcupines.

The Ebola virus is transmitted from person to person via blood, secretions, semen and other bodily fluids, and through contact with contaminated environments. In most cases, infection with Ebola occurs through broken skin or mucous membranes.

Funeral rites in Africa also play a significant role in the spread of the disease. The Ebola virus is transmitted within a few days after the death of the patient.

Through their semen for possible contamination from even a healthy person for seven weeks.

Where there are Ebola outbreaks

The epidemic of Ebola haemorrhagic fever were recorded until 2014 repeatedly in Africa. Among them, the Congo, Zaire, Sudan, Gabon, Uganda. However, they did not have a modern scale. As of mid-August 2014 the Ebola virus claimed the lives of more than a thousand people.

The epidemic is raging in Nigeria, Sierra Leone, Liberia. As the Ebola virus is of several types (Zaire, Sudan, risteski, Ivorian, Bundibugyo), it is difficult to say which of the strains caused by the epidemic in the country.

Though many scientists argue that the worst Ebola epidemic will not reach Russia and Europe, have already appeared the first victim among Europeans. From infecting the dead Spanish priest working in Liberia. To prevent the spread of Ebola in Europe the body was cremated without an autopsy, and all the items that came in contact infected, destroyed or disinfected.

In some publications it is reported that the facts of Contracting the disease Ebola in Europe 2014 hide authorities not to create panic. Thus patients with suspected fever are placed in specialized medical institutions for diagnostics, treatment and test new medicines. However, official confirmation of these facts yet.

The symptoms of Ebola

The main symptoms of Ebola are similar for all strains (although there are cases of asymptomatic course of the disease estonskoi fever with subsequent recovery):

- a sharp increase in temperature;

- inflammation of the throat (see photo of a patient with Ebola);

- violation of the liver and kidneys;

Patients you notice bruising that occurs due to increased permeability of blood vessels.

In the result of infection with the Ebola virus in the human body destroys almost all tissues except bone. The blood thickens, the inner walls of the vessels are covered with clots of red blood cells, resulting in the violation of the circulation of blood which ceases to flow to the internal organs.

A visible symptom of Ebola is the occurrence of cracks in the skin with oozing of them blood red spots, bruises, rapidly increasing in size. The skin becomes soft, puffy, flaking when pressed.

Bleeding surface of the tongue, the gums, the eyeballs bloodshot. This can be seen within a week after the first signs of the disease.

At the final stage of Ebola due to disorders in the brain patients have seizures, during which he convulses and blood, struck with a virus that is sprayed in different directions. Non-compliance with the rules of the nursing it was during these seizures most often the infection occurs.

Death can occur 5-7 days after the first symptoms of Ebola. The corpse literally disintegrating in my eyes, as all organs affected bystrorastvorimami virus. 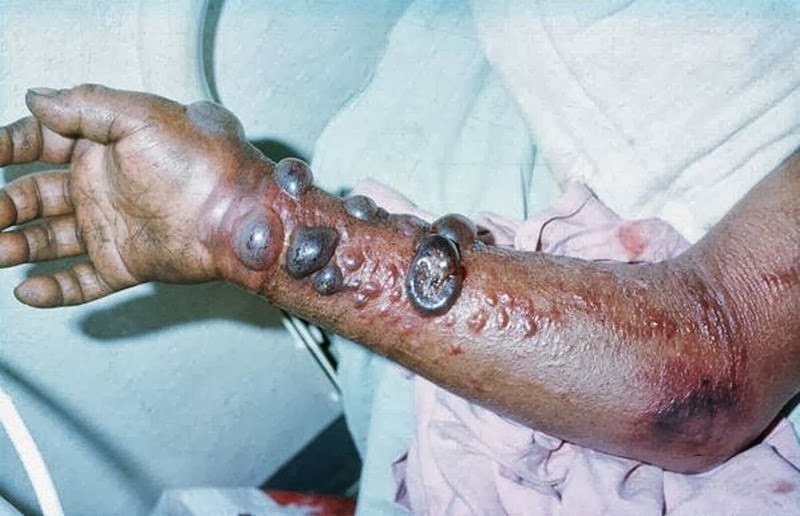 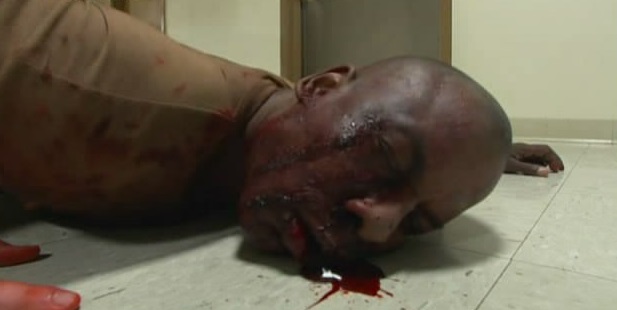 Infection with Ebola virus is diagnosed by symptoms, characteristic course of disease, the suspicion of contacts with patients.

During the incubation period, which lasts from two days to three weeks, laboratory tests show in the blood low levels of platelets and white blood cells, detected elevated levels of liver enzymes.

To properly diagnose Ebola, first exclude the presence of the following diseases:

- hemorrhagic fever caused by other viruses.

To put the final diagnosis of infection with Ebola virus, it is necessary to conduct a number of laboratory studies.

Treatment and prevention of Ebola

An outbreak of Ebola in Africa in 2014 is the largest in history. News from the Western countries of the continent do not the most comforting. The number of victims is growing steadily, and even who was allowed to use neoprobirovannye on humans a vaccine.

Treatment of Ebola there, as well as a proven vaccine against the virus.

The mortality from fever is greater than 90 percent, and doctors in case of symptoms of the disease can only help the body's immune system to cope with the virus on their own.

The main methods of treatment are aimed at combating dehydration of the organism, normalization of blood pressure, regulation of oxygen.

The problem is the treatment of the epidemic of Ebola is that the virus before the first symptoms of fever virus affects the cells responsible for primary immune system – monocytes, oligodendrocytes, macrophages. So when faced with danger, the human body is unable to engage in active combat with an alien. The virus multiplies fast so when Ebola is diagnosed and treatment begins, they have captured the key organs.

The development of a vaccine against Ebola virus has been suspended due to lack of funds. However, the outbreak of the epidemic in Africa who has consented to testing it on the contact with sick people.

A vaccine based on a virus similar to the rabies virus. On its surface the protein is a glycoprotein from the Ebola virus that allows the virus to detect a host cell and take her under his control. The rest of the genome of the virus is great. Thanks to the vaccine, the body learns to recognize cells and Ebola to include protective forces of an organism in the early stages of Contracting the disease.

Prevention of contamination with Ebola must be followed in the treatment and care of sick relatives, laboratory and medical staff. Required to wear a face mask, a gown with long sleeves and gloves. The prevention also includes hand hygiene and respiratory system, safe injection and burial. 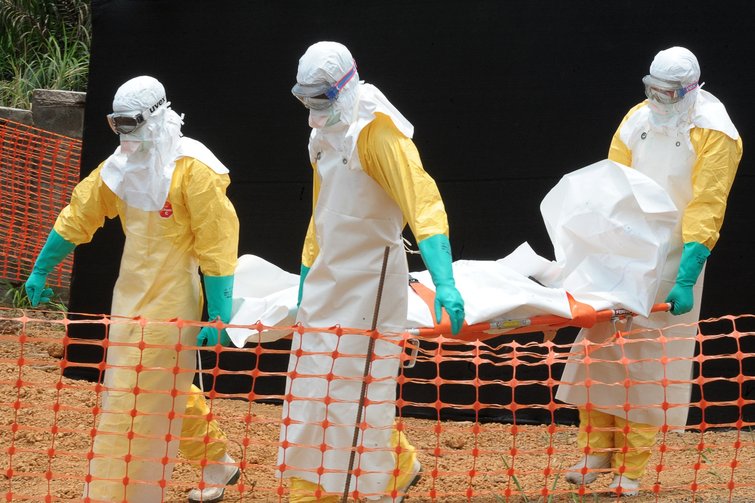 The Ebola virus in Russia

In 2014, news about the spread of Ebola in Russia have not received. However, in the history of our country have been sad cases of Contracting the disease.

So, in 1996 he passed the technician center of Virology Institute of Microbiology, Sergiev Posad. During experiments on the development of vaccines she was giving an injection to rabbits and accidentally cut her finger, causing the virus got into the blood.

Another case of death from Ebola in Russia was in 2004. In the Institute of molecular biology State research center of Virology and biotechnology "Vector" in Novosibirsk injected Guinea pigs and hurt his skin. Two weeks later, after a failed experiment lab died.

Among the Russian population is not registered any case of Ebola. A terrible fever outbreaks in Africa, which are described in the news, in Russia there predicts no scientist. This is due to many factors.

In the first place, for infection with Ebola virus required contact with fluids of the patient. Even if the country will fly infected people, it is unlikely that infected other passengers, as it could happen in the case of the flu.

In addition, potentially dangerous passengers with symptoms consistent with symptoms of Ebola, all checked and in case of suspicion of the presence in the blood of a dangerous virus are hospitalized with all precautions.

Outbreaks of Ebola in 2014 was in those African countries in which a strong funerary rites, which involve almost the entire village. During the rituals people come into contact with infected bodily fluids that contain the virus for several days and even weeks. The literacy rate is quite low, and medicine is underdeveloped, so it is often about the disease no one has reported in institutions, which cannot be said about Russia.