In fact, the printer is a computerized typewriter. Matrix printers type by means of special terminals with symbols. The pins hit the ribbon and transfer the image to paper. 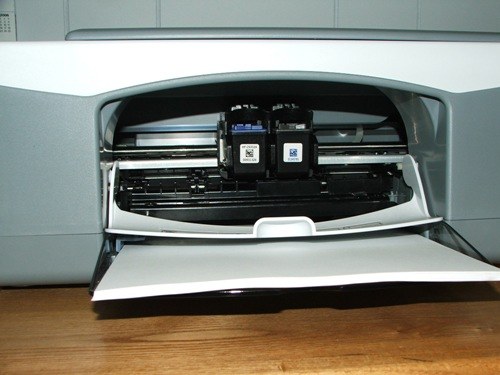 Related articles:
The principle of operation of the printers differ depending on the specific model. Laser, for example, work based on static electricity and a special toner which is a dry small bits. When they pass through the unit and toner are heated using a laser beam, then appear on the drum inside the printer. The toner collects the charged particles and transmits the image characters on paper, which printed the whole thing.Inkjet printers work differently. Most of them used water-based ink. In inkjet printerOh has a print head which first scans the image, and then heats the ink. The desired characters are obtained first tape cartridge and then at the paper. The image is printed immediately - the printer prints the characters gradually, and the print speed is affected by settings a specific model. When you want to print a document, you simply click on the "Print" button. The printer prints because the computer system has passed this information on its RAM data buffer. You can put the tasks in turn or to cancel the print using the appropriate settings on the computer, the program printer. With the received job technique will work it out, just watch out for the presence of paper in the tray. If the printer does not respond to commands, or prints blank sheets, so there has been a failure. To determine the hardware failure alone is difficult, but if the printer prints blank sheets, you might run out of ink. It's easy to see if you've noticed that the brightness of the prints falls, or on paper began to appear bands, or if the seal has become defective. If the installed cartridge was "original", the printer will display an appropriate message if "compatible" – keep track of the ink level.
Is the advice useful?
See also
Подписывайтесь на наш канал