What is the melting point of metals

Melting point metals usually high and can reach +3410°C. Although, for example, tin and lead can be melted at home. A melting point of mercury is equal to minus 39°C. 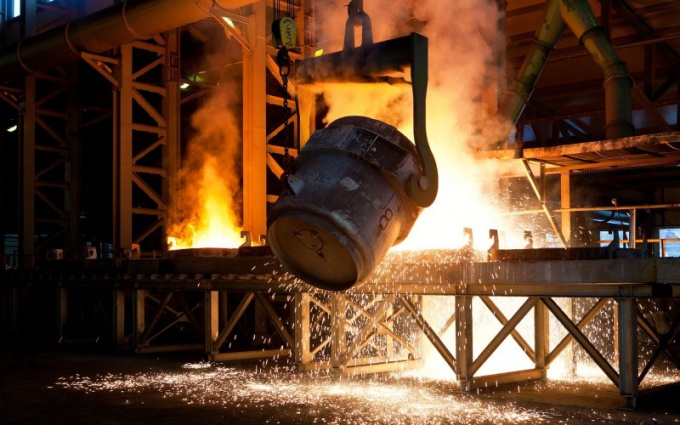 Related articles:
The melting point of a metal is the minimum temperature at which it changes from a solid to a liquid state. When melted, its volume is almost constant. Metals klassificeret in melting temperature depending on the degree of heating.

Fusible metals have a melting point below 600°C. This zinc, tin, bismuth. Such metals can be melted at home by warming them on the stove, or using a soldering iron. Fusible metals are used in electronics and technology for joining metal elements and wires for movement of electric current. The melting point of tin is 232 degrees, and zinc – 419.

Srednebelaya metals are beginning to move from the solid to the liquid state at a temperature of from 600°C to 1600°C. They are used for making plates, fittings, blocks, and other metal structures, suitable for construction. This group of metals are iron, copper, aluminum, they are also part of many alloys. Copper added to precious metals such as gold, silver, platinum. Gold 750 25% consists of actual metals, including copper, which gives it a reddish hue. The melting point of this material is equal to 1084 °C. As aluminum begins to melt at a relatively low temperature, part of 660 degrees Celsius. It is lightweight plastic and cheap metal that is not oxidized and does not rust, so is widely used in the manufacture of pottery. The melting point of iron is equal to 1539 degrees. This is one of the most popular and affordable of the metals, its use is widespread in construction and the automotive industry. But due to the fact that iron corrodes, it should additionally treated and coated with a protective layer of paint or varnish to prevent moisture.

The temperature of the refractory metals above 1600°C. the tungsten, titanium, platinum, chromium and others. They are used as light sources, machine parts, lubricants, as well as in the nuclear industry. Of them are made of wire, high voltage wire, and used for melting other metals with lower melting point. Platinum begins to move from the solid to the liquid state at a temperature of 1769 ° C and tungsten at a temperature of 3420°C.

Mercury is the only metal in liquid state under normal conditions, namely, atmospheric pressure and high temperature environment. The melting point of mercury is minus 39°C. This metal and its fumes are poisonous, so it is used only in closed containers, or in laboratories. The widespread use of mercury – the thermometer for measuring body temperature.
Is the advice useful?
See also
Подписывайтесь на наш канал