Who will be the next President

Learn about who will be the next President of Russia is easy. You just need to figure out who exactly will be in the current political situation. First on the list will be those who previously declared themselves candidates for this post – the representatives of the systemic opposition represented in the State Duma. 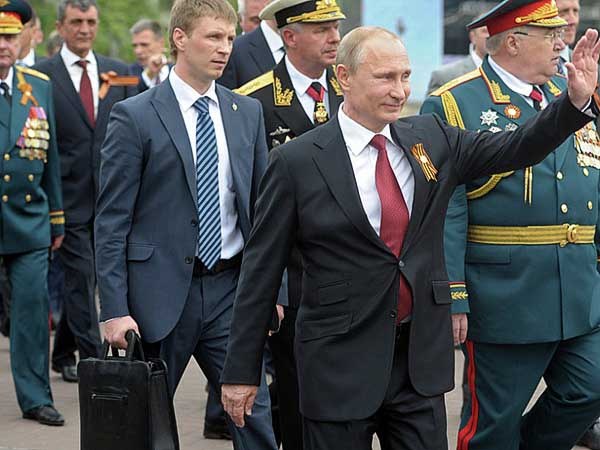 Related articles:
Instruction
1
There is such a fun game – "Guess." It can be played in different ways. So: one person leaves the room, and the rest come up with a word, object, animal, anything, that one who came back and must guess, by asking a series of probing questions. His answer shortly: Yes or no. Still you can play it differently: the word thinks of one person, but all the others ask questions. About who will be the next President, you can learn about as well.
2
You can even easier: ask the question to different fortune tellers, psychics and scientists. Someone will often point their finger, definitely not be President.
3
Who will be the next President of Russia, the answer is simple – the person appointed by the current President. Under the current political system for the next elections in 2018 more likely it will be Vladimir Putin, who will appoint himself and that, he said, but as always – "you'll like it".
4
Of course, such a response is uninteresting that is too predictable. It is not felt intrigue, and society, which almost twenty years were told that he has the freedom of choice and life in the country built on democratic, not authoritarian principle, intrigue somehow still want to.
5
That is why in the information space from time to time and there are different opinions on this and other candidates for the post of President. The first of these candidates were named in the 2012 Moscow political analyst Piontkovsky. In his opinion, this may be the current defense Minister Sergei Shoigu
6
Other experts are predicting another candidate. So, one of the experts of the Ekaterinburg Internet-editions znak.com in the summer of 2013 suggested that this may be the current mayor of Moscow Sergey Sobyanin.
7
Attentive viewers of TV channels and news sites make their assumptions. Some of them agree that the most likely next President will be anyone still unaware of the young man who, at the time, Putin himself in the bn. Yeltsin is behind him his briefcase.
8
Psychics, fortune-tellers and astrologers also don't stop trying to give "correct" predictions. For example, the audience recently, the famous Carpathian sorcerers – molfar themselves surprised at what they saw. They came out that Putin will not be re-elected in 2018, because it will leave his post in two years. Before this change the Russian Constitution to limit presidential powers. Elections will hold in advance, but predictable – on the recommendation of Putin will choose-appoint to the post of President who will be tall, but what is most surprising, is not associated with the FSB, the KGB.
9
The current liberal opposition will not play any role in the election of the next President, because by that time a large portion of it will leave Russia because of the repression, and the remaining will be located either under arrest or under investigation, or already incarcerated. Therefore, neither Alexei Navalny or Khodorkovsky will not be eligible for election.
10
Who will be the next President? The intrigue of the presidency undoubted not only in Russia. In Russia still there is a certain stability since the President is not elected so much, how many you assign according to certain criteria is not required, but conditions. The most important of which is the unconditional loyalty to the previous President. In the US, for example, generally never know who will win the election. Barack Obama sincerely believes that the next elections could win the woman, and then in the us there will come an era of the first female President. Russia in the next twenty years, this development is not threatened.
Is the advice useful?
Подписывайтесь на наш канал