"C'est La vie," a term which many of us had to hear in different situations. Often each speaker puts in it its own meaning: someone who is frustrated from life, and some willingness to change. 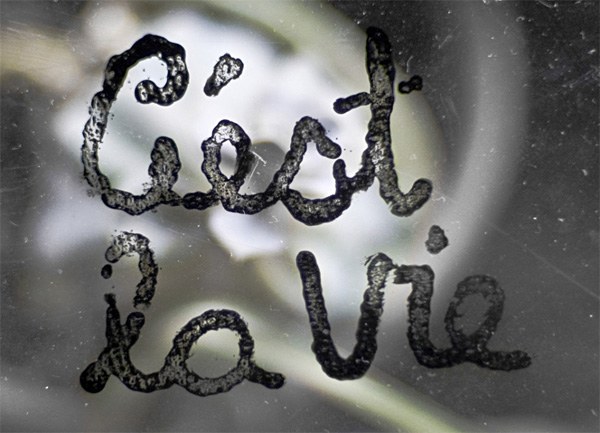 Related articles:
"C'est La vie" is an exact transcription of the French expression "C'est la vie". In the Russian language this expression is often used in informal conversation, so there is no single prescribed form - continuous or separate - his writing Russian letters. In this regard, the letter most often used the French original of this fairly common phrase.

The value of the expression

The literal translation of the original French phrase "C'est la vie" - in Russian language means "such Is life". The semantic counterpart of a similar expression exists in many languages of the world, but in some, for example, in English, to build elements of the so-called reduced vocabulary, that is, slang words, profanity and the like components of speech.

The meaning of the expression

The meaning of this expression is diverse and is characterized by a variety of different shades, which are using that entity can invest in it depending on situation use. In all cases, the use of this expression reflects a kind of philosophical attitude to life's events.

For example, one common use of this expression - a report to the source of the idea that in life there are various situations, and anticipate developments impossible. For example, to use this expression in the case that you or your companion has been some more or less serious complications: loss keys, failure at work or school, being late for the train, and the like.

However, you shouldn't use this phrase if the person had a really great misfortune, such as accident, death of a close relative. In this situation, this review may show that you are not too serious about his grief and tend to downplay its value to the injured party.

Additional shade of meaning, which can invest in is an expression of the person uttering "C'est La vie" includes the desire to comfort and reassure his counterpart, who was faced with a particular problem. In this case, the use of this phrase as if to shift part of the responsibility for the incident on the subject, who was in a bad situation, and circumstances in life that can happen to anyone. Thus the speaker may try to make it clear to the interlocutor that occurred through no fault of his own.
Is the advice useful?
See also
Подписывайтесь на наш канал