When will fall, the dollar

America has a large trillion debt, has not always a positive influence on the internal Affairs of other States, has a highly militarized economy. For these and other reasons, many experts have been predicting the national currency of the USA imminent collapse, but each time these predictions have not come true. Could it go on forever and when the dollar falls? 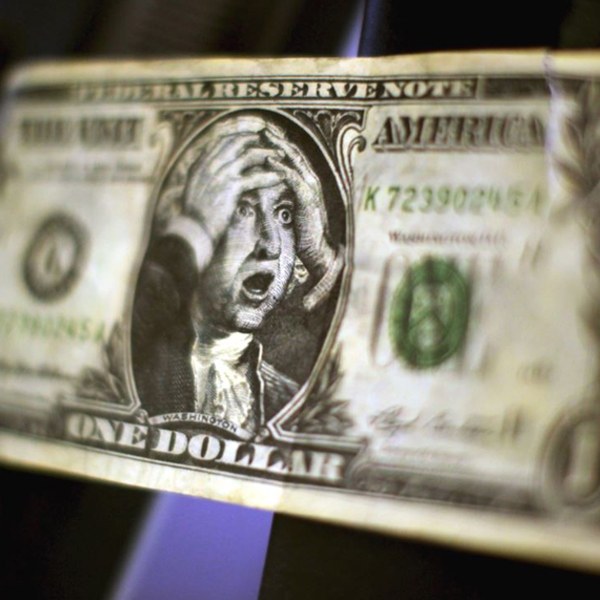 A common view on the dollar

Currently, the dollar is the most stable world currency. Long its binding at the end of the last century to gold and a strong U.S. economy made the dollar substitute for reserves for some countries. The dollar actively make settlements not only in America but in other countries, including in Russia.

During the cold war, the Soviet Union had no real opportunity to bring down the dollar and the US economy at the verge of collapse after the default of the dollar in 1971 and the oil crisis in 1973. CPSU Central Committee formally considered the question.

Because if the U.S. currency will fall (especially if the collapse is significant), this situation will inevitably lead to a strong blow to the economies of these countries. Even if all sectors of their national economy steadily on the rise.

However, the above disposition can occur only if the global turmoil in America. For example, if creditor countries (at least 2-3 core) will ask the US to repay debts; and not in dollars, but, say, in gold. The American currency is almost not backed by gold or other absolute values, therefore, the collapse of the US economy in such a situation, more than likely.

When waiting for the fall of the dollar?

Hardly worth the wait or at least try to predict the exact date of such a devastating situation like the one described above. However, the dollar (and any other exchange rate) even crashes very often. And these races be predicted much easier.

To predict the fall of the American currency can a lot of factors. Below are the main ones.

1. The instability of the U.S. economy. The deterioration of the national economy means lower interest of domestic and foreign investors to invest in various entities (e.g., companies or securities) owned by the state. This means that investors do not need to buy and money of this country for investments in its facilities. Largely the money is subject to the laws of the market, lowered demand for them will reduce their prices (purchasing power, rate of the currency in relation to others).

2. Management of inflation and interest rates on Bank deposits. At high rate or low rates, money becomes cheaper to store in other currencies. Therefore, falling demand for the dollar and at the same time - course.

3. Rising prices for raw materials (including oil). America is a net importer (consumer) of crude oil and other raw materials. Therefore, the rise in prices of raw materials means the weakening of the us budget, and along with U.S. currency.

The jump in oil prices is a good indicator that the dollar soon will fall. In this case, the price of oil increases faster than the depreciating dollar.

4. Natural disasters and major terrorist attacks surely destroy the purchasing power of the currency of any country, not just the dollar.

In addition to these, there are many factors that negatively affect the dollar. However, the data situation is easiest to see in the markets and use for their own purposes (for example, in trading on the foreign exchange market).
Is the advice useful?
Подписывайтесь на наш канал