What is body language

Gesticulation is an expression of thoughts, feelings and emotions of the person using gestures. It is believed that excessive gesticulation peculiar to emotional and impressionable people. On the contrary, meager gestures are typical of the more restrained people with high self-control. 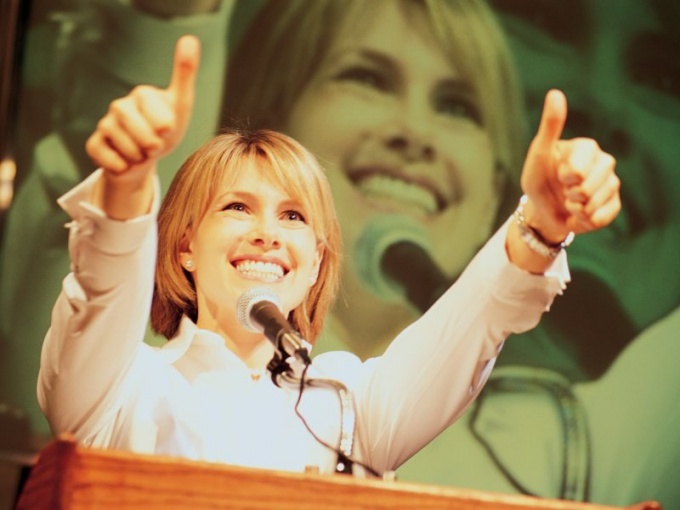 Gestures as means of conveying information

Body language is one of the sources of nonverbal information. It is believed that using gestures is reportedly around 40% of the information. For example, tourists who do not know the local language, talk with others using gestures, understanding each other.

They interpret the values of gestures of the interlocutor, we can conclude about his attitude to the subject and mood. Active gestures suggests that the person is excited or aroused. For example, expressing the joy of a reunion, people will be happily waving hands, a handshake and a hug.

On the contrary, when a person is angry and defensive, his gestures are sharp and expressive. In turn, the interlocutor, who has such emotional pressure will wear protective and closed gestures: crossing his legs, folding his arms, clenching his hands into fists. Thus, the degree of emotion manifested in the body language of the person.

Gestures and human speech are usually synchronized. However, there are subliminal gestures, a man who is difficult to control. When a person has internal disagreement and controversy to the subject, his gestures will be different from what he says.

Subconsciously, the body of such a person will send nonverbal signals such as gestures: rubbing eyes, frequent blinking, avoidance of eye contact with the interlocutor. Therefore, in those cases when people are lying and suffers from internal discomfort, his gestures are unnatural and insecure. It will look fussy, often touch his hand to his nose or ear, rubbing his neck.

It is believed that such a gesture that shows deception, from childhood. The child, when she accidentally blurts out to parents to perfect their pranks or cheating on them, hands covering her mouth. Over time, such obvious gestures, indicating the wrong that was erased and changed to insignificant gestures.

Persons, whose activities are aimed at working with the public, have a distinct, but modest gestures. As a rule, they skillfully used the necessary gestures in order to cause the audience certain emotions. Such persons include: singers, lawyers, politicians. Honing public speaking skills, they learn to persuade listeners on the body language and gestures.
Is the advice useful?
Присоединяйтесь к нам
New advices