What Saint is the patron of Border troops of Russia

Many Russian military units have their own patron Saint, who is believed to ensure success in military Affairs. Border troops of Russia are no exception in this regard. 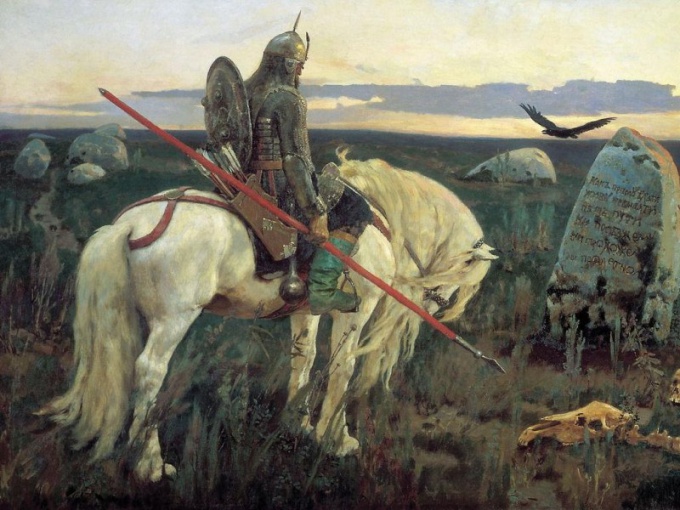 Related articles:
The patron Saint of border troops of the Russian Federation is the famous epic hero Ilya Muromets.

Various historical studies show that Ilya Muromets was not a mythical but a very real character who lived in Russia, approximately in the XII century. His family lived in the Vladimir region, in the village, located near the city of Murom, thanks to Ilya and got his nickname.

It is believed that the first 30 years of his life Elijah was paralyzed, but then magically was healed from his illness and decided to pay the purchased power for the benefit of the Fatherland. He joined the military squads of the Kiev Prince Vladimir Monomakh as part of this military division have won a large number of victories over the most powerful enemies.

In one of the heavy fighting with the eternal enemies of the Russian - Polovtsy - he received a serious wound in the chest, which made impossible his further active participation in feats of arms. As a result, he decided to leave the monastery and became a monk of Kiev-Pechersk assumption monastery. There he spent the last years of his life and at the age of about 45 years died. Historians believe it was around 1188.

Ilya Muromets as the patron of border troops

in 1643 the Russian Orthodox Church decided to cast the Ilya Muromets to the saints for all those deeds which he had committed in the name of his native land. He joined the Cathedral of Murom Holy, that is saints, born in Murom land. At the same time together with him among the saints have been ranked 69 of the monks of the Kiev-Pechersk assumption monastery.

As one of the most famous Russian heroes who have made enormous efforts to protect the border of their homeland, Ilya Muromets was elected patron of the border troops of the Russian Federation. In addition to them, as their patron epic hero according to representatives of the rocket troops and military special forces.

In 1998 in Moscow, the temple was built in the name of St. Elias of Murom, which was later consecrated by all the canons of the Russian Orthodox Church. The Church building is located on the territory occupied by the headquarters of missile troops. The Central part of the internal composition of the temple - altar, contains a particle of the relics brought to the new building during the construction of the Kiev-Pechersk Lavra, which is the main location of the relics of St. Elijah of Murom.
Is the advice useful?
See also
Подписывайтесь на наш канал