The word "androgynous" literally translates from Greek as "man-woman". In other words, we are talking about the creature, the floor of which cannot be determined, but not because it is sexless, but because it combines the features of both sexes. 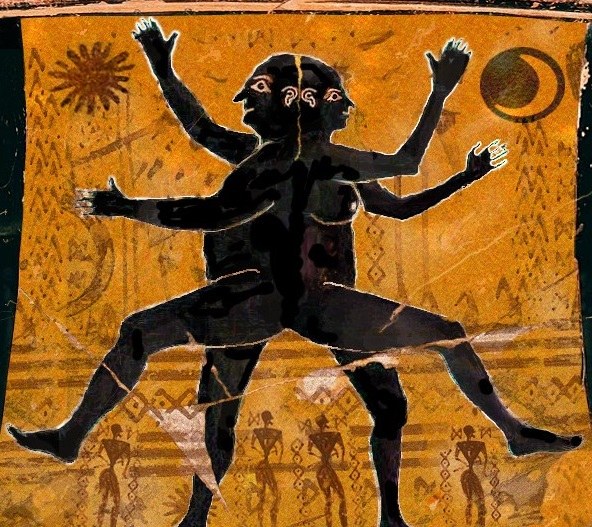 Related articles:
Of the androgynes is a strange androgynous creatures, said in the myths and legends of different peoples. But modern science says and the actual androgyny, in which there is nothing miraculous or fantastic.

The term "androgyne" was born in the ancient Greek culture. Mythological history about these amazing creatures outlined by the famous philosopher Plato in his dialogue "Feast". For the philosopher, this story served as the basis for the doctrine of Eros.

According to Plato, the androgynous bisexual were spherical creatures. The last part may sound ridiculous to modern man, but do not forget that in ancient philosophy the Orb was considered the most perfect figure, therefore, Plato hints at the perfection of androgyny. This creature had two pairs of hands, feet, ears, two faces, looking in different directions.

Androgynous, proud of its perfection, defied the gods. To defeat them, the gods could only in one way – androgynous dividing each into two halves: male and female. So there were people – men and women who can't feel perfect until you find their "other half", which connects the Eros.

Androgyny from the standpoint of psychology

No matter how bizarre or myths, they represent the refraction of actually existing phenomena. Androgenism also very real. About the androgynous nature of the human psyche spoke, in particular, the Swiss psychologist C. G. Jung. According to the scientist, "only female" or "male" is life's realities, but any good it does not: people unconsciously feel their inferiority, and only restore the original androgynous integrity can help him.

Modern psychologists interpret the concept of androgyny in terms of gender roles – social roles to a particular sex.

Each gender role is associated with specific behavioral traits. The complex of male traits is called masculinity and female with femininity. With the help of special tests, psychologists determined what set of features dominated by a particular person – masculinity or femininity. Not always the dominant gender characteristics correspond to biological sex – for example, there are women who demonstrate the traits traditionally associated with men – toughness, aggressiveness.

But there are people who are equally inherent traits of masculinity and femininity. These people psychologists call androgyny.

The androgyny should not be confused with hermaphrodites – people who as a result of congenital anomalies have both male and female reproductive organs. A hermaphrodite is a biological characteristic, and the androgen – psychological.
Is the advice useful?
Присоединяйтесь к нам
New advices