"A white Swan on a pond..." — the song with these lyric words often played on the radio, do not disdain the so-called thug music, tactfully called "chanson". But it is unlikely that all listeners know that it is dedicated to one of the worst Russian prisons called "White Swan". Located this colony of special regime for prisoners serving life sentences in the town of Solikamsk in Perm region. 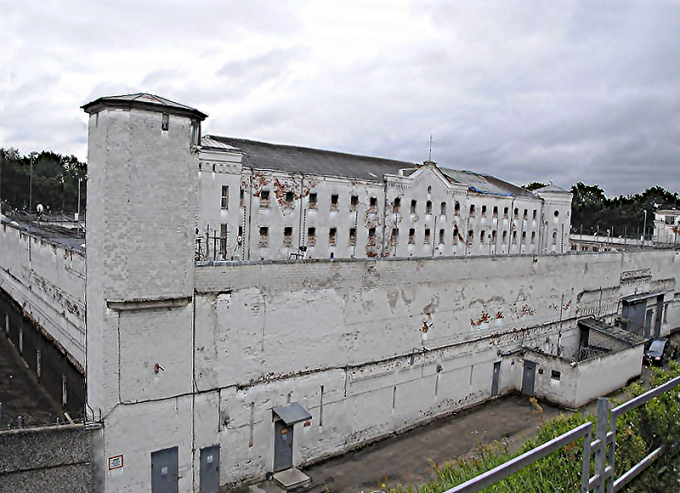 Passion of hardened criminals to "tear" the romance have long been known. One of its manifestations, can be considered informal, "popular" names given the most rigid, not to say cruel, to the institutions of the Russian penitentiary system — the colonies of special regime "Black Dolphin" in Sol-Iletsk in Orenburg, "the Black eagle" in Ivdel, Sverdlovsk region and "White Swan" in Solikamsk the Perm edge.

The last one was born in January 1938 as commandant of camp point Usol correctional labor camps of the NKVD of the USSR from a transit point, becoming part of the vast Soviet Gulag. And over time transformed into a large prison mainly for political prisoners and clergy. One of the most famous prisoners of the future "White Swan" was deported to the USSR in 1941 Riga, Professor of theology and former Minister of education of Latvia Ludwig Adamovich. In the same prison Adamovich within two years and shot.

Political Solikamsk prison ceased to be after the death of Stalin in 1955. All convicted under the 58th article is then transferred to Mordovia, and "the White Swan" began to be used for the most dangerous criminals-recidivists from all over the country. In 1980, the prison was divided into two parts — transit-transit point and the so-called CPT (common cell-type facility), which contained violators of the regime and "thieves in law".

In the center of Solikamsk

In 1999 on the basis of CPT created quickly became famous VK-240/2 or IK-2 GUFSIN Russia, which since inmates sentenced to life imprisonment and no chance to be released. Aka — the infamous "White Swan". It is curious that they built the prison at the time outside the city, but for 70 years she gradually moved to the center of Solikamsk. Becoming, along with a nearby colony of strict regime, one of the city's main attractions.

Very proud of the employees of the "White Swan" is the fact that in its entire history was made just one escape attempt, and that unsuccessful. In 1992, prisoners ERC Shafranov and Taranyuk managed to get a few grenades, which broke into the office of the chief of the colony Myakisheva and demanded the car with the possibility of free exit. The conversation was brief — just a few minutes Taranyuk was shot and Def, which when a grenade explosion tore off his legs, was captured and later sentenced to death. But the most curious thing in the whole story is that five years later the death sentence Shafranovo was replaced by 12 years in prison, and he still was able to be released and became an Evangelical preacher.

The Swan song of thieves

There are many versions as to why the character and even the common name of one of the worst prisons in the country was a beautiful and proud bird white. So unlike the striped uniforms of prisoners in it are criminals who killed many people. Figurines and images of a white Swan in this prison literally everywhere — on the roof and walls, in the form of a monument in the prison yard and even Souvenirs at a nearby shop.

The main versions are considered four.
1. The Solikamsk prison life was the last refuge for many "thieves in law". In her they lost their privileges and, saying goodbye to life, performed a kind of Swan song of loneliness and longing.
2. The prison was built in a forest clearing called "the White Swan".
3. The building is constructed of white brick, and the inner track are reminiscent of the shape of a Swan.
4. Pose "Swan" (the slope almost 90 degrees and closed over the back of a hand) is the only way to move prisoners through the territory outside of the camera.

They say that the number of so-called seats in prison is about 500, but it is filled with 60%. However, in the cells of murderers and maniacs sitting not one, as in prisons under the tsarist regime, and in two or three. And neighbors inmates pick up on the recommendations of the prison psychologist. Known almost phantasmagoric case when stayed in Solikamsk about six months Chechen terrorist Salman Raduyev settled with a former enemy in the war — special forces officer. And not only do they not even have fought, but very peacefully talked. As long as a former employee of the Chechen-Ingush Republican Committee of the Komsomol and a member of the Communist party Raduyev died in the prison hospital on his death. By the way, people in the know also claim that the average time that the average person can withstand in such opinion, is only seven years old.

Former field commander Salman Raduyev is not the only inmate of the "White Swan", whose name is known and remembered by many and outside its walls. Here died the famous crime boss named Bob Diamond (grandmother). And in the lists of the current especially dangerous contingent included former Moscow lawyer Dmitry Vinogradov, who shot his colleagues in the office of one of the pharmacy departments; a former member of the Federation Council from Bashkortostan Igor Izmestyev, a former assistant to mayor of St. Petersburg Anatoly Sobchak and the Deputy of Legislative Assembly of the city, and elected him during his stay in the detention centre Yuri Shutov, one of the country's first "black realtors", nicknamed "nurse Yeltsin" Alexander Murylev; Kamenskiy Chikatilo" Roman Burtsev; the organizers of the 1999 explosions in residential buildings in Moscow and Volgodonsk hundreds of victims Adam Dekkushev and Yusuf Krymshamkhalov.
Is the advice useful?
Подписывайтесь на наш канал