Swallows – national "barometer": if they fly low it will rain. Luck is correct 100%. The explanation of this fact is quite simple: follow the swallows eat small flying insects. 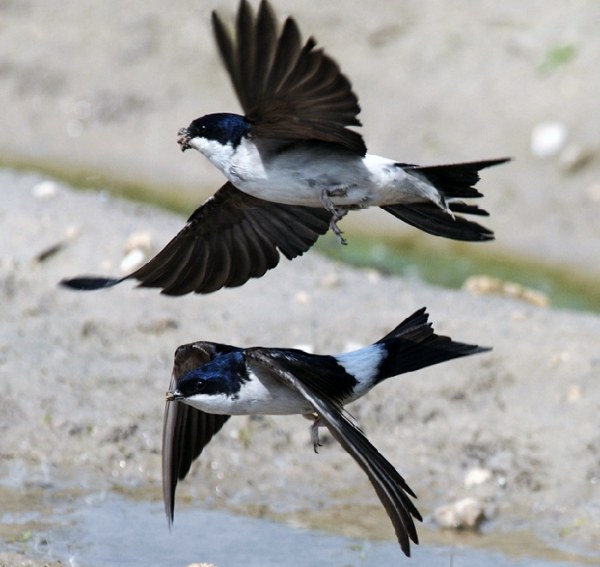 Related articles:
Swallows actually fly low, and just before the rain, in cloudy weather. Widely known national sign – "swallows fly above the earth – the rain" - always borne out in practice. But in a good, Sunny weather, the swallows flashed high in the sky. They practically live in the air, rarely landing. Prefer to sit on the wire where it is easier to take off. Even drink a swallow on the fly, make the throat of the water, flying over the pond.The fact that swallows are insectivorous birds, they feed exclusively on flying insects. In clear weather, ascending from the earth currents of warm air rise up and all sorts of midges, flies, mosquitoes, horseflies and other winged insects. There they catch swallows, feeding themselves and their vykarmlivaya Chicks.Before the rain the air humidity increases, the wings of insects congenerous microscopic droplets of moisture, whereby the wings are heavy, and insects, it becomes difficult to climb high from the ground. They have to fly very low above the ground or water, and after them (for their food) are reduced and swallows. People small insects like midges and mosquitoes are not visible, and the swallows are well marked; and there was the sign.Insects to feed the swallows need a lot to make up for energy loss and feed the Chicks. Jack swallows down hundreds of times per day, bringing in its beak not one, but several insects. I understand why the swallows are forced to follow the insects: flies high in the air and swallows high, flies low and the swallows above the earth. The nest of swallows is located in places where the birds can easily fly in the air: cliffs, steep slopes of the ravines or under the roofs of houses.Feeding on flying midges, swallows, naturally, can not we have to spend the winter and early in autumn they fly South, Africa and South Asia.
Is the advice useful?
See also
Подписывайтесь на наш канал