With a number of day increases and what decreases

Day is the period of time between sunrise and sunset, when it is visible above the horizon. Daylight can have different longitude, depending on the geographical latitude of the place and angle of declination of the star. 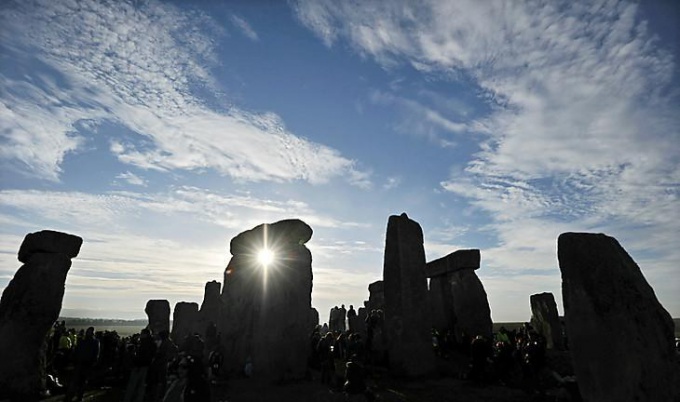 Related articles:
Instruction
1
The length of the day depends on the daily rotation of the Earth around its axis and orbital rotation around the Sun. As a result of the Earth orbiting the sun disc makes annual visible bypass of the celestial sphere, moving along the Ecliptic. In this regard, its declination is changing and different impact on the length of the day in different latitudes.
2
On the terrestrial equator longitude of daylight is approximately constant and is about 12 hours. In the Northern hemisphere from March to September, daylight is more than 12 hours, and from late September to the end of March – less. In the southern hemisphere it is exactly the opposite. On the Arctic circle in summer, daylight hours may be longer than 24 hours. This phenomenon is called polar day. At the poles the day lasts six months.
3
The shortest and the longest day is during the winter and summer solstice. In the Northern hemisphere the winter solstice falls on 21 or 22 December (depending on time zone), and the summer – on 21 or 22 June (leap years can occur on June 20). On the other side of the equator – in the southern hemisphere, the December solstice occurs in summer and June is in winter.
4
In the period of the winter solstice, longitude of daylight is only 5 hours 53 mins is the shortest day of the year and, accordingly, the longest night. The summer solstice gives you the opportunity to live the longest day is 17 h 33 min, Reaching its maximum duration, from the moment daylight begins to decrease until, until you again come the winter solstice, and he again starts to grow.
5
Since the traditions of many peoples the custom to mark the days of the winter and summer solstice. So, in Russia, for example, the shortest day of the year dedicated to the celebration called "carols".
6
Historians claim that the solstice was known to the ancient Egyptians. There is a version that they built the majestic pyramids so that in the summer solstice the sun was going down between them. To verify this phenomenon, looking at the pyramids from the Sphinx.
7
A lot of mysteries and fraught with the famous British Stonehenge is located 130 km from London. Some scientists call it ancient Observatory and is also associated with the summer solstice. Because on this day the Sun rises over the stone Helston located separately from the main structure.
Is the advice useful?
Подписывайтесь на наш канал