Folk omens: what not to do in a leap year

It is believed that a leap year brings people a lot of suffering and misery. The concept of leap year was introduced during the time of Emperor Julius Caesar. Adding one day to the calendar every four years the Romans trimmed the error in the calculation of the day. Later on February 29 came to be called Kasyanov day. This Saint was distinguished evil character. It was believed that on this day the Sun radiates negative energy, therefore people have tried as little as possible to get out of the house. With a leap year associated with a number of beliefs and superstitions. 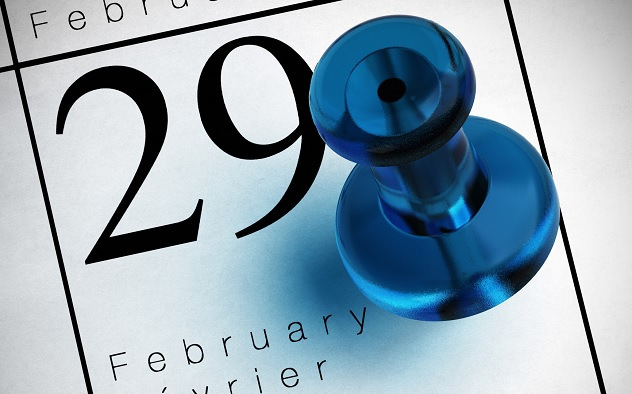 Before our time came a lot of will associated with a leap year. Basically, they portend a decline in health.

It is believed that in a leap year the number of suicides and accidents, chronic diseases become aggravated and almost impossible to cure during this period.

It has long been believed that you must be careful it 29 Feb. This "extra day" negative energy is gaining strength and is able to influence people. 29 February do not plan activities that are associated with risk to life because I'm too likely to get seriously injured.

In a leap year, our ancestors tried less to collect mushrooms. People believed that if their collection can be picked up from the Ground something bad, so you need to carefully select the mushroom dishes in a leap year or not completely reject them. Probably, this sign only applies to wild mushrooms, but particularly superstitious people better care of oneself, and that anything the fault of the wrong mushrooms collected in a leap year.

Children born in a leap year, tried to baptize as soon as possible, and as godparents chosen only the closest people to protect was stronger.

As a leap year has an impact on people's lives: the case of life

The author is personally acquainted with the person from whom all the relatives and close friends die in leap years. It is not surprising that in this family the arrival of a leap year meet with the utmost alarm.

On the one hand, this situation is not very comfortable, and with another – but then we can sleep peacefully: with loved ones, nothing will happen.

It is fair to say that almost none of the members of this family died early or tragic death, however, such regularity is simply amazing.

If you believe the predictions of Vanga, 2016 will bring not only global cataclysms, but big changes on the world political arena.