The most famous films on rock themes

Rock in all its forms has always been a challenge to society, and at the time of its formation or of the formation of separate directions in rock music even more so. Interesting to watch on screen for the UPS and downs of life held or quickly descended from the stage rock stars, with events in music 60-70-80 years, with the rebellion of youth against conceivable rules in General, the atmosphere of the rocker backstage. Judging by the number of films on this subject among the Directors is also a lot of rock fans. 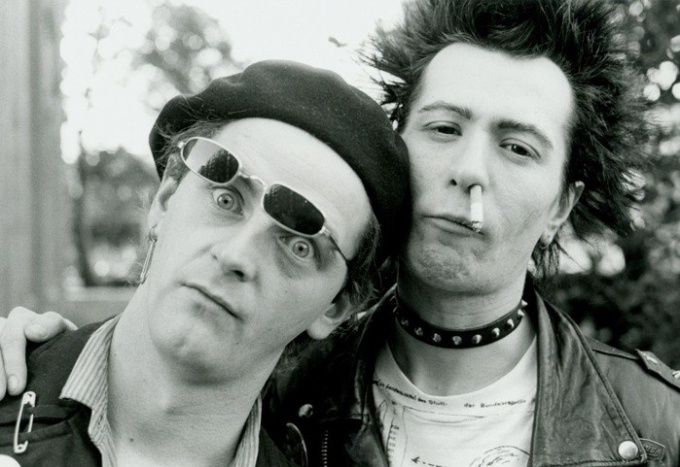 Related articles:
Instruction
1
One of the first films showing the negative side of life rock musicians, was a picture of "Sid and Nancy" ("Sid and Nancy", 1986). In the film there is a speech about the musician Syd Vicious, his girlfriend Nancy, on the popular in those years, group the Sex Pistols. The names of Sid and Nancy have become a household word, and their Union, according to many, including the filmmakers, both of them killed. It is a tragic story of a man who can not cope with the fame and temptations, but very cleverly written in the way punk-rocker.
2
Another biographical story shown in the movie "the doors" (The Doors, 1991). In it the hero is a rock musician and sex symbol of the 60s, a member of the band The Doors Jim Morrison. On the screen flashes the era of huge popularity of rock-and-roll and the desire for freedom in all its manifestations. The symbol of this era as were The Doors and their music which accompanies the entire film.
3
Another real story - musician Tim Owens was the basis for the movie "Rock star" ("Rock Star", 2001). In the film, the character's name is Chris Cole and he repairs appliances and in the evenings imitates rock group Steel Dragon, performing in small clubs. The prototype of this fictional group is a real rock band Judas Priest, in which the hero narrowly misses. This painting is about the dream, about how an unknown boy was able to get into the popular group in the world of heavy metal and become a super star with all the ensuing consequences.
4
History of becoming of the first female rock group in the history of the hard rock scene was shown in the movie "the Runaways" (The Runaways, 2010). The film addresses the period of the mid 70-ies, when women on the rock scene almost was not. They were able to blow up the audience and prove that rock can be and female performance.
5
Many genres of rock music were able to accommodate picture-musical "Rock of ages" ("Rock of Ages", 2012). The plot is quite simple: a young and talented girl goes to the big city to the scene, but all is not as easy as she thought. And in this light the plot wove virtually all the influences of rock and many cult hits. The confrontation between rock and pop music in the film represented a sort of confrontation between Good and Evil. The era of the ' 80s recreated in the film is quite realistic, though with a hint of parody.
6
The process of absorption of regular human rock music and everything connected with it, shown in the movie "Almost famous" ("Almost Famous", 2000). Here is a simple lad, miraculously arranged in a music magazine "rolling stone", sent on a mission to tour with the popular rock group Stillwater. Hairy rockers, their frenzied fans, the whole atmosphere behind the scenes of the rock forces the boy to quickly become adults and, of course, for the first time to fall in love.
7
On the rock film and Comedy movies. One of them - "School of rock" ("The School of Rock", 2003) tireless Jack black in the title role. The plot is that a former successful rock musician finds a job in a private school. His love of rock and peculiar relationship to children born a new idea - to resume his career, winning the best rock bands. But to win he will have with the children, which will need to pre-teach biker behavior.
8
Another famous film about the confrontation between rock and pop music - "Rock wave" ("The Boat That Rocked", 2009). The film is based on a real story about a pirate radio station which went on the air, when the air force put two hours of pop music. "Radio Rock" takes on the air just the right music, broadcasting with a ship in the North sea. On Board the fun and rock, and behind morality and government.
9
Also become aware of other foreign films about rock and its various directions: "I'm not there" ("I'm Not There", 2007) about the life of Bob Dylan, "Velvet goldmine" ("Velvet Goldmine", 1998) on the birth of glam rock, "Control" ("Control", 2007) about the life of Ian Curtis and post-punk band Joy Division, "Killing Bono" ("Killing Bono", 2010) about two brothers who are not lucky enough to start a career at the same time with his classmates, who called his band U2, "what we do is secret" ("What We Do Is Secret", 2007) on the emergence of grunge rock and the history of the band The Germs, "CBGB" ("CBGB", 2013) on the hilly Kristal and his small club, which became a platform for punk rock artists.
10
Russian Directors also tried to remove the paintings on the rock theme, in particular, can be called a film "AssA" (1987) about the times when rock was banned, and the heart is consistently demanding change, "Crossroads" (1998) previously known band "Uncle Alex" and its eponymous leader, trying to organize their career and personal life, "the Burglar" (1987) about the Leningrad rock the world shown on the example of one dramatic stories, "house of the sun" (2009) the philosophy of the hippies and time when no one knew of the concept of "Russian rock", "Brother" (1997) about the gangster era and the main character is a fan of Russian rock, who accidentally manages to meet his heroes in between the warring.
Is the advice useful?
Присоединяйтесь к нам
New advices