The most popular rock groups in Russia

Russian rock was born in the 60-70 years of the twentieth century. However, few rock bands were underground. In 80-e years in the largest Russian cities have formed a full-fledged, though covert rock movement. Only in the 90s Russian rock finally came out of hiding. During this time there have been many bright, original rock bands that has gained incredible popularity among many people. 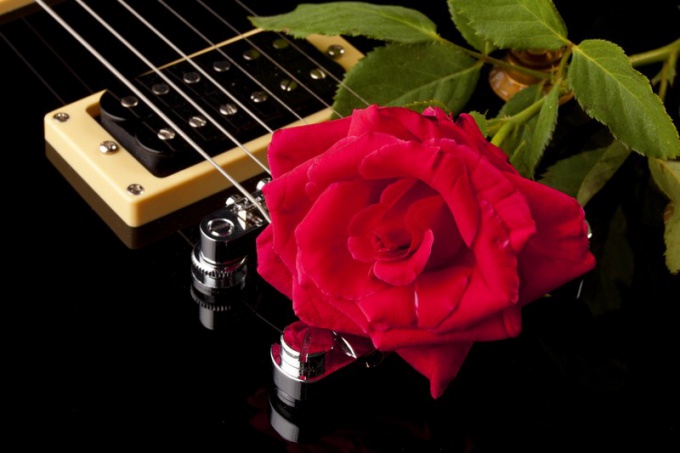 Related articles:
Instruction
1
Home to many popular rock groups has become Russia's cultural capital of Leningrad (now Saint Petersburg). One of the oldest groups here is a "fish tank" founded by the poet and musician Boris Grebenshikov. Songs of group "Aquarium" distinguished by complex, filled with metaphors lyrics and stunning vocals of the BG.
2
The "Cinema" has become legendary thanks to the tragic figure of his leader, Viktor Tsoi, whose life was suddenly cut short at the age of 28 years. Song of group "Cinema" may seem similar and like, monotonous. However, in the austerity of execution and the effective depth of the seemingly simple texts was their appeal. In addition, the growth of popularity contributed to the participation of Viktor Tsoi in the legendary films "AssA" Sergei Solovyov, and "the Needle" Rashida Nugmanova.
3
The group "DDT" and its unchanging leader Yuri Shevchuk is a sample combination of emphasized masculine vocals and a virtuoso performance of musical parties. Moreover, Shevchuk distinguished by a pronounced civil position, which was reflected in his songs on the social, pacifist and religious themes.
4
The idol of young people of 80-90 years was a group of "Alice" and frontman Konstantin Kinchev, who became its main leader, after the departure of the main leader. The protest lyrics of "Alice" caused the rejection of official censorship and delight young audiences.
5
Perhaps, alone in a row of the Leningrad rock groups is bit-Quartet "the Secret", the most famous members of which was Maxim Leonidov and Nikolai Fomenko. Visual image and musical style of the group was called the Association "The Beatles". Each of the two most prominent participants of "the Secret" has brought to it a style of your personal: Maxim Leonids – thin soulful lyricism, Nikolai Fomenko – humor and mischief. Unfortunately, today the star of the group "the Secret" is only for performances in the anniversary concerts.
6
The most popular Moscow rock-groups have earned "the time Machine" and its constant leader Andrey Makarevich. The direction of the band incorporates elements of classic rock, Blues and original songs. The song "time Machine" was played in the films by Alexander Stefanovich "Soul" and "Start again", which largely contributed to gaining them widespread popularity.
7
"Resurrection" is one of the legendary Moscow rock bands. At the initial stage of her life very closely overlap with the group "the time Machine". Thus, among the participants of the "Resurrection" was Evgeny Margulis, and later worked in "the time Machine" and brother of Andrey Makarevich Aleksey. However, its highest rise, the group managed to achieve with the arrival of her singer Konstantin Nikolsky.
8
One of the most original Russian rock bands was a group of "Bravo". Her music tends to be the style of the 50-60-ies of XX century. Contrary to tradition, the founder and band leader Eugene Havtan for a long time did not seek to do the vocals. For this reason, u "Bravo" from time to time had difficulties finding a soloist. The most successful groups were periods when it worked with an extraordinary vocal talent Zhanna Aguzarova and endowed with poetic talent and a huge stage presence Valery Syutkin.
9
Original direction in rock music and became Sverdlovsk (Yekaterinburg) rock. The most popular here managed to win the group "Nautilus Pompilius". It is characterized by a hard, topical lyrics with a strong social orientation and very high voice of the soloist and the group leader Vyacheslav Butusov.
10
Russian rock – very complex and interesting phenomenon. Among its members have many popular rock groups, each of which has its own face and its audience.
Is the advice useful?
See also
Подписывайтесь на наш канал