Escorting is forced to transport prisoners, remand prisoners or exiles to the place of imprisonment or exile. The decision to transfer is taken by the Federal service of execution of sentences – FSIN. 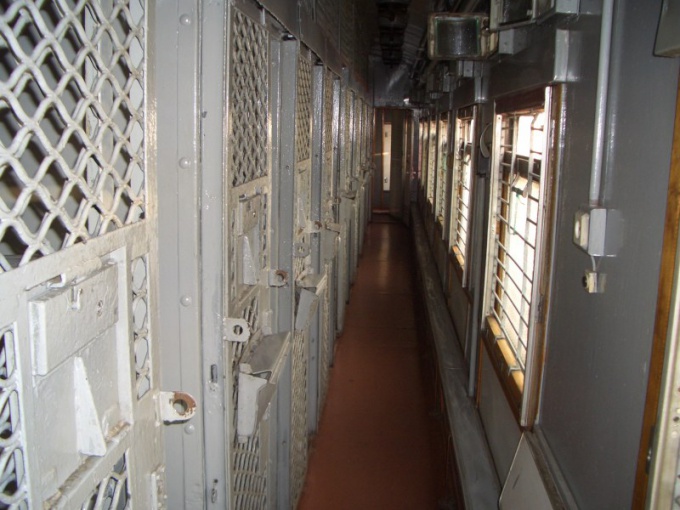 Related articles:
Instruction
1
The transportation is carried out according to a strictly defined schedule. In urgent cases, individual prisoners can be transported to outside. For transportation may apply a specialized automotive vehicles (paddy wagons), rail (Stolypin prison car or wagon) or air. The latter, however, is used rarely and only in cases where other vehicles escorting impossible. At short distances transportation may be on foot under the protection of the convoy.
2
After receiving written notice of the entry of the court verdict in force, the prisoner should be ready for the stage. Authorities on the basis of availability in the colonies of Russia takes a decision to transfer an inmate to a particular prison. In advance of the time of departure is not reported.
3
Directly in front of the stage, the staff member of the detention facility informs the inmate about the stage and gives time to collect things. A prisoner has the right to take up to 50 kg of items and products. You can leave the rest on the spetssklad in jail, where things can take relatives. However, they are often given to inmates.
4
The train transported is delivered to the paddy wagon, and then under the supervision of the convoy transplanted in the Stolypin car. Unlike passenger trains, magosaki move to your destination much slower. If a passenger train from point a to point b rides a day, the prison car can travel up to a week. During the movement of the prisoners were in a cramped, poorly ventilated cells of the prison car. The toilet is removed under escort. At stops to use the toilet is prohibited, and the car can stand many hours.
5
Upon arrival at first gets transported in a transit prison – the detention center. Then, from the transit prison inmates are distributed in the colonies region. It often happens that by the time of arrival of the prisoner all the free space in the prisons end. Then the convict for a long time to sit in the transit prison pending the decision of the Federal penitentiary service on the new transportation. Then it transportyou to another colony.
6
Upon arrival at the place of deprivation of liberty all newcomers undergo a mandatory 14-day quarantine. After quarantine they are sent to the units. The administration of the colony in a 10-day period notifies the relatives of the prisoner (or other persons at the request of the convicted person) notification of his arrival to a correctional facility.
Is the advice useful?
See also
Присоединяйтесь к нам
New advices