Which chickens are best

Not to be mistaken with the choice of chicken breed high egg production you need to know about which one is better develop in the conditions of private holdings. There are rocks that well and if the closed dilution. 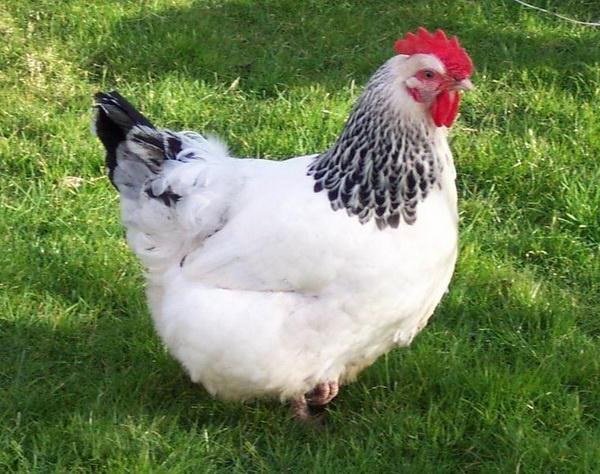 Related articles:
Chicken has long enjoyed in the farms especially popular. The breeding of this bird accomplishes two important tasks: providing the population with meat and eggs. Therefore all breeds of chickens are divided into three main categories: meat, meat egg and egg. Among the latter are those that have the highest egg production and often are excreted by the breeders to perform this task.

If you wish to get your mini-farm, the focus of which is to obtain eggs, you need to pay attention to laying hens. They have the highest egg production. Among these birds distinguish quite a lot of breeds, but the practice showed that the choice should be guided by one of two main breeding areas: either for the backyard or for industrial production. This recommendation is due to the fact that some breeds feel better in the same conditions, the other – in the other. For a closed breeding chickens with high egg production (farm, poultry farm) it is recommended to take such species that tolerate cramped conditions of detention: Tetra SL, shower 579, sobraon and Loman-brown.

For small farms the best choice will be the next breed of laying hens: Adler, Moscow, black, Zagorskaya, Leghorn, brown, salmon, anniversary. These hens are unpretentious to the stern, caring for them is simple, they are peace-loving character, a good mother hen. On average, any hen gives about 240 eggs per year. But there are also higher rates.

Best egg production are the birds that give white eggs. Among them it is worth to pay attention to the chickens of the Leghorn breed. It is specially bred for this task. However, by nature these birds are restless, so caring for them will be quite difficult until unless you understand the nuances of behavior of Pets and won't make contact with them. More calm birds breed brown. Despite a slightly lower egg production, most breeders bred them.

Any layer gives the maximum number of eggs during the first year of life. Next, she begins to gain weight and it can be translated either into the category of those who go to the expense, or leave in the role of hens, if the birds tend to the eggs). So, on the farm every 2-3 years the majority of the chicken population is replaced by new.
Is the advice useful?
See also
Присоединяйтесь к нам
New advices