What to lubricate a computer fan

A faulty fan can reduce the life of the computer, not to mention the fact that he produces a lot of unnecessary noise. To computer lasts longer, the fan should be lubricated with oil. 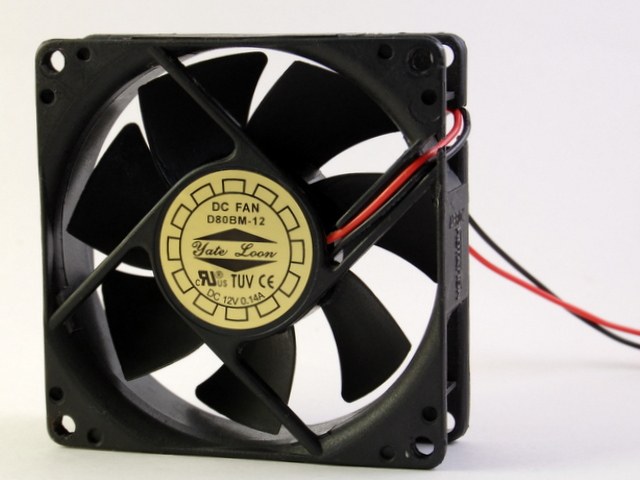 Related articles:
Most computers are equipped with three fans. One is in the power supply, the second - in the case of the computer, and the third in the Central processor.

A faulty fan can be identified by the noise.

Fans needed to cool the system. If at least one of the fans stops working, the system can overheat, and some of the information may disappear.

The first impulse may be to replace the cooler. But this is often not necessary. You can just lubricate the faulty fan, and that's enough for a single drop of oil.

How to choose oil

Wrong choice of oil for the fan may lead to complete failure of the system. Many people use WD-40, special grease, developed by the American company to lubricate all kinds of squeaky and noisy surfaces. But it is not necessary to use this tool for computer fan.

It helps only in the case that smeared the subject, rarely are in motion, for example, the hinge of a door. But the fan is in constant motion and rotates at a high speed.

Better to use a household lubricating oil intended for sewing machines, power tools, door locks, hinges.
There is a special oil for sewing machines. It is light and tough, can withstand high temperature and are specially developed for the lubrication of parts working at high speed.

The principle of operation of the fan

Most fans kept on sliding bearings consisting of a shaft, which rotates inside the cylinder or sleeve.

The cylinder consists of a porous metal, oil lubricated. When the shaft begins to rotate, the portion of the oil sleeve is moved closer to the shaft, creating an oil film. So the metal part is almost not touching, not damaged, and noise is almost not audible.

Ideally, inside the cylinder always has enough fluid, and the fan does not wear out. But some production costs, for example, if the bearing is poorly made, the part of the oil evaporates. Then the fan will work slower, parts of it begin to RUB against each other and wear out, the computer will overheat. Noise will occur.

In this case, you should put in a cooler one drop of oil.

How to lubricate the fan

To lubricate the fan, need to disassemble the computer and remove the cooler. Put the fan on a table and carefully remove the sticker. Part of the sticker is right above the gap for the wires. Hence it is easier to bend.

Remove the middle fan of the rubber stopper. You can use a small screwdriver, gently bringing her over the edge of the tube.

You will see in the resulting deepening of the shaft end within the cylinder. Drip one drop of oil in the recess.

Just one drop is enough, no need to pour oil into the bearing.

Refit the rubber tube, tape it on top of the sticker. Sometimes the sticker ceases to flatter. Then you can use ordinary tape.

After getting the fan back in place, the computer has run for a few minutes before the oil is fully oil cooler. After some time, the computer will run quieter and longer too hot.
Is the advice useful?
See also
Подписывайтесь на наш канал