What network adapter and what is it for 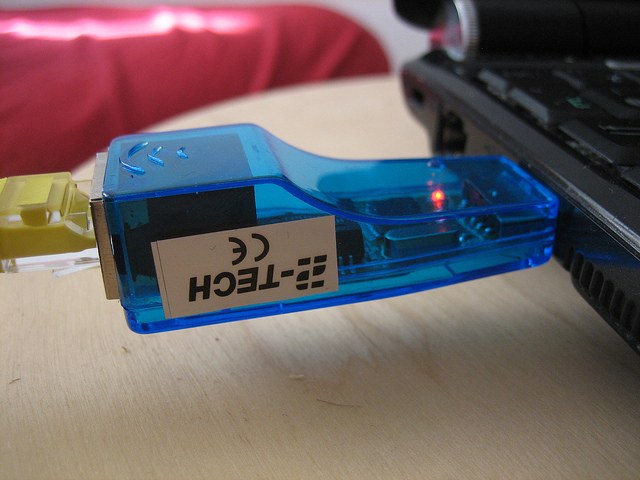 What are the network adapters

Computer using adapter, you can connect to the network using a cable. For wired networks using a device that represents the USB key with the special port for Ethernet cable. This cable can connect, for example, the router and the adapter.

The adapter may be attached to the software, but most modern operating systems will recognize USB adapter and find the necessary driver.

But most commonly involve a network adapter device for wireless networks. These adapters are popular because of their mobility. They allow the computer to join wireless network nearby.

Wireless network adapter similar in appearance to a memory card or flash drives. It's a small USB device with signal light that indicates charge and willingness to work. When it is connected to the computer it scans the Internet channels local providers and reports software on the computer networks. The computer, in turn, shows these networks to the user. To get a computer connected to the network, just click on its name and enter the password if required. The next time you turn the computer already automatically connects to that network.

In many modern computers wireless network adapters already integrated in the car. They represent the microchips.

Why you need network adapters

Most laptops have a built-in wi-fi card or wireless network card. But sometimes the map does not work. This is especially true in cases when the wireless standards are changing to a new and faster connection Protocol. Then the old cards that support legacy protocols, will not work with a router that supports the new standard.

Buying a new network adapter, you need to pay attention to the Protocol that it supports. It's small and need a lot of device can be found in any store Hi-Tech.

When the internal network card does not support the new standard, an alternative to the network adapter can become a new network card. It is easy enough to replace on a desktop computer. But in the notebooks and laptops to make it much more difficult. In such cases it is convenient to use the network adapter.
Is the advice useful?
See also
Подписывайтесь на наш канал