How to find the gem

Find the treasure or gem mine gem - many dream about it from childhood. Gemstones have long been attributed many magical properties, they also are expensive. 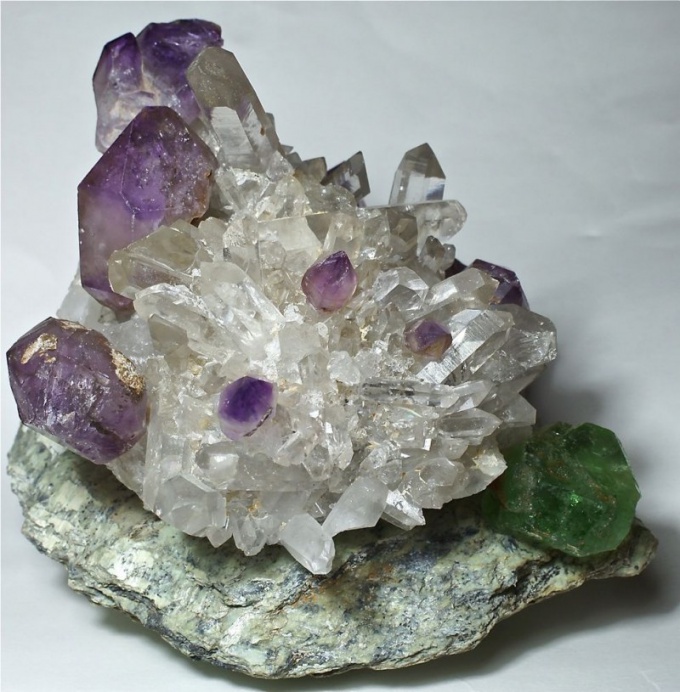 Related articles:
Instruction
1
Find gems at the present time is not too difficult, as development on the majority of the fields have been closed due to little payback of such works. The whereabouts of these private developments, anyone can gather the necessary tool and go to those places in search of happiness. It should be remembered that, although the search of precious stones and metals is not forbidden to produce and store the valuable minerals can only be under licence.
2
For those who do not want to waste your time in vain on an abandoned developments, there is an option to go on existing fields. Those currently exist in Thailand and Sri Lanka. For the right to work will have to pay, but a purchased license gives the right to own all found wealth. First place for the extraction of precious stones is Sri Lanka. The process of their production has not changed since ancient times, the tools remain the same pickaxe, shovel, bucket and sieve for washing.
3
In ancient times Sri Lanka had a different name, these shores were called Serendipol, and it is from there always brought the most famous precious stones. Their number does not fail and at the present time. In a selected area dug a pit, the breed rises up in the bucket on the rope, and after washing, was found semi-precious and precious stones can be treated. Of modern technology in these mines only pumps pumped the water. Without pumps can not do, the water comes very quickly. For this reasons the developers don't even use the simplest technique in the form of a backhoe at the site of their works remains a deep lake. In the old, deep mines the air is fed by means of pumps, to work there is very dangerous and harmful to health.
4
According to statistics, 90% of the land in Sri Lanka, in the centre of the production of precious stones in Ratnapura, contains of all existing in the world of gems about half. And varieties of these rocks there is found about 200. The soil there is mostly clay, and after washing of this clay on the bottom of the special baskets are still many different-sized pebbles. Among them we can find very large topazes, rubies, sapphires, but the untrained eye will not distinguish them from a simple breed without treatment. Before the stone is processed, it is impossible to say how much it will cost, regardless of its size. Therefore a layperson in this field work there for the purchase of a license will be hard.
Is the advice useful?
See also
Присоединяйтесь к нам
New advices