Why use Worcester sauce

Sometimes just one ingredient completely changes the taste of the dish. Interesting and unusual sauces allow you to re-arrange the accents, to reveal the taste of food from an unexpected quarter. Worcestershire or Worcester sauce is one of those "magic" ingredients. 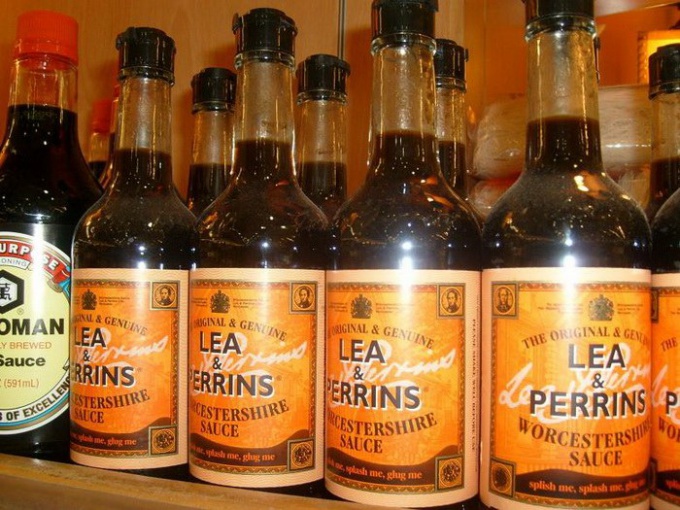 The history of the emergence

This sauce is traditionally considered Indian, but in fact, the Worcestershire sauce was created by accident in the first half of the nineteenth century in the town of Worcester. A British Lord has returned to his homeland of Bengal and after a while I longed for spicy Indian seasoning. Therefore, he suggested that the owners of a nearby pharmacy to give him something resembling a traditional sauce. They made some concoction without much success was sold in his pharmacy, but she had such a strong smell that it was decided to send to the warehouse. In the end, the barrel with the fruits of the experiments of the British pharmacists have been in the warehouse for two years, yet did not mention it. During this time, the mixture miraculously turned into a beautiful sauce that is bottled and started selling. Since then, Worcester or Worcestershire sauce became an integral part of many dishes.

The basis of Worcestershire sauce consists of vinegar, fish and sugar. This is quite an unusual combination. But these components — a small part of the composition of this sauce. Distinctive sour-sweet taste and rich aroma of the sauce is achieved through a complex mix of tamarind, onions, meat extract, chili pepper, curry, allspice, ginger, lemon, celery, horseradish, garlic, black pepper, Bay leaf, nutmeg, asafetida, shallots, corn syrup and molasses. This mix makes Worcestershire sauce is unique, so do not try to substitute regular soy sauce on the advice of "experts" because the effect is not the same.

Without the Worcester sauce can't do much of the traditional English dishes. English stew, roast beef, bacon and eggs, even banal sandwiches — all these dishes the British fanatically add the sauce of Worcester, believing that it gives them a unique and rich taste.

Especially good to use this sauce as a marinade for meat. Marinated in Worcester a piece of pork becomes very tender and melts in your mouth. On the basis of Worcestershire sauce make many salad dressings, for example, that it was added to the original dressing of the Caesar salad. Worcester good shows itself in the composition of the stews, the main thing is not to add too much because the taste and smell of this sauce is very intense.

It should be noted that with the addition of Worcester doing a traditional long drink Bloody Mary. This sauce gives the combination of vodka, tomato juice and hot sauce Tabasco perfection.
Is the advice useful?
See also
Подписывайтесь на наш канал