How to develop it baby in 2 years

When the child turns two years, the process of active speech development accelerated. But every kid it's different. Some children just say connected short, others utter only a few words. In any case, parents should help the child in the future formation of the correct speech. 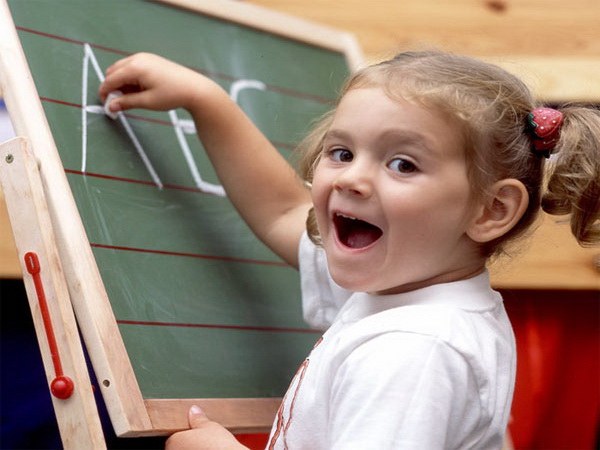 By age two, the child is often unable to pronounce all sounds. Age norm in two years is considered the clear pronunciation of the vowels "a", "u", "I", "o". But the sounds "s","e" children often replace sound and. As for consonants, most of them are still very difficult to pronounce for kids. Therefore, some hard consonants, they are replaced by soft, more easy in pronunciation. This also applies to perednezadny sounds "g", "d", "C", "z". Then, instead of "give" they say "day" etc. In speech may be missing the sounds of hissing and the sounds of "l", "Pb", "p".

You should start with a joint viewing of pictures. You can ask the child to name pictured objects. The need to discuss with him all what is around. On a walk to show him the surrounding objects or phenomena. And in the future to ask a child to call their own. Thus will be updated passive vocabulary. The child will begin to distinguish between prepositions (at, for, about etc.), adverbs (far, close, high, low, etc.), pronouns (there, here).

Definitely need to read baby books. This is one of the first rules of successful speech development. After reading the book, discuss the reading. The child is useful to restore by memory the story. To do this, parents need to ask clarifying questions. The simplest tales (Teremok, Repka) you can play: open and close door of an imaginary house, to imitate the sounds of fairy-tale characters.

Poems, songs and nursery rhymes are useful to learn not only for the development of memory. This has a positive effect on language development. Should as often as possible to stimulate children's self-monologue. Let the kid himself answers the question "what?", describing things or phenomena. It is useful to pay attention to the detailed description of the surrounding objects. For example, a flower consists of stem, leaves, petals. The petals vary in color and form, etc. due to this, the child will join the lexicon.

Will help to develop the speaking two-year-old puzzle. He can try to describe the image. Such activities promote development of fine motor skills. And it has a positive effect on language development. Therefore, the benefits of jigsaw puzzle double.

You can do articulation gymnastics. This will facilitate further the pronunciation of many sounds. Two minutes a day is enough to with the baby in front of a mirror to fold the lips. These and other studies, as well as the efforts of parents to help make a child's speech is correct and literate.
Is the advice useful?
Подписывайтесь на наш канал