Up to what age a child is considered a newborn

There are different age periodization, taking for the basis of certain criteria of physical and mental human development. But whatever approach relied neither one or the other periods, they all begin the same – with the neonatal period, which covers the time period from the moment of birth until the child reaches two months of age. 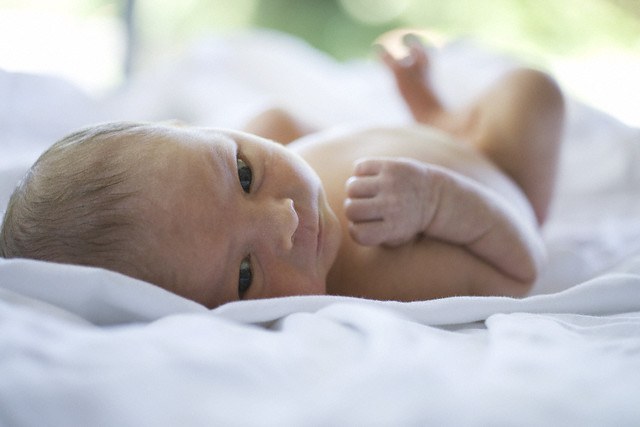 The crisis of newborn

Many people are frightened by the word "crisis", causing a negative Association. Parents are afraid of the crisis of adolescence in children. The crisis of three years is less known, but also gives a lot of trouble to adults.

Meanwhile, developmental psychology does not put in concept of the age of crisis no negative meaning. Moreover, human life begins with the crisis of a newborn.

The crisis associated with the transition from intrauterine to extrauterine. In the framework of the theory of psychoanalysis is regarded as the birth injury, the consequences of which a person perceives life. This, of course, an exaggeration, but the birth is really getting serious shock to the child. He gets into the environment more cold and bright, richer sounds, change the way to receive the nutrients and oxygen disappears "gravity," which provided the amniotic fluid. All this has to adapt, not randomly in the first days of life children lose weight.

To facilitate the passage of the crisis of the birth, the baby needs to create conditions resembling intrauterine life. People have been doing it intuitively long before the birth of scientific psychology: the rounded shape cradles, reminiscent of the womb, the rocking that the fetus in the womb feels when walking. In the neonatal period it is possible to take the child in his arms, not afraid to "spoil" so that he could hear the heartbeat of the mother, which he had heard in the womb.

Novorozdennogo is the only period in which biological beginning appears "pure", without any admixture of social. A child is born with a set of innate reflexes (instincts). Some of them will soon fade away – for example, the stepping reflex, diving (hold your breath when you hit large amounts of water on the face) grasping. Latest reflex had a practical value of human ancestors, allowing the baby to cling to wool of mother.

Of particular importance are food reflexes. The sucking reflex is triggered by any touch to the lips or even the cheeks of a child. Swallowing reflex fully developed, but it is very easy in conflict gag reflex, so newborns often vomit after eating.

Of the senses is the most developed sense of touch in the mouth area and taste. Worse developed vision, muscular sensations. The development of sensations does not occur by itself – the child needs to experience that he can only get when dealing with adults. If there is a lack of experience (sensory hunger), in the later developmental delays. This problem exists in orphanages, where staff at all desire cannot give enough attention to each child in the neonatal period and infancy.

About a month and a half, the child begins to be active with the appearance of adult – to smile, wave hands, to Express emotion voice. So the child reacts to any person, differentiated reactions will appear later. This revitalizing complex – the main psychological acquisition of" the neonatal period. It begins with the communicative development of the child, which will continue in the following age stages in infancy.
Is the advice useful?
See also
Присоединяйтесь к нам
New advices