As the teenager to solve the problems of communication with peers

Adolescence is very difficult. In the body there is a strong hormonal changes, which has a strong influence on the mood of the child. In addition, external changes destroy confidence. All this leads to depression and sometimes aggression, which reason or no spills on others. 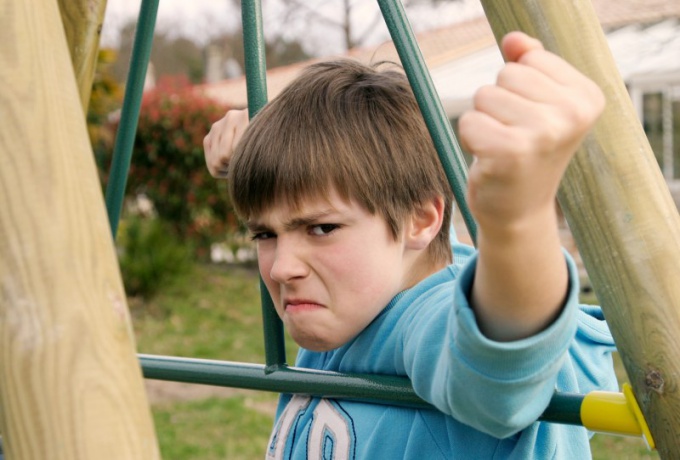 Communication problems between teenagers - why do they occur

Before you can understand how to help the child to solve the problem of communication with peers, you need to determine the cause of the differences. Only after you observe it, will find the right solution. But to find the origins of the conflict is sometimes very difficult. Because the aggression of adolescents are often determined by subjective rather than objective factors. For example, kind and helpful children become outcasts just because they do not want or can not give offenders resistance. And adults must help Teens adapt to society. Otherwise it will lead to serious psychological problems from which it will be difficult to get rid of even as an adult.

How to help Teens to build relationships with peers

If a teenager says that he had problems in communication with peers is a good thing. It means that he trusts an adult, realizes that he can help. It is much worse when the child withdraws into himself, and the parents don't even know that he had some complicated situation. First and foremost, it's hard for the teenager. He has no support either in peer group or in family. And this situation should be corrected immediately.

To a teenager was Frank, not worth it to push. I must say that you love him the way he is. What he wanted, and in any situation can count on the support. Even if he is wrong, you will be on his side and try to help solve any conflict issues with peers. This does not mean that you will have to call a friend of the child, and to persuade them to be friends with him. The main objective of talk to convince the teenager the confidence and the knowledge that parents are always on his side. With such baggage, it will become much more bold in communicating with peers, learn to respond to offenders, will not be shy about new relationships that may give rise to true friendship.

To a teenager it was easier to build relationships with classmates or friends from the yard, offer to organize a party at home. The reason can be any - successful completion of quarter, new year, birthday, etc. Give children the freedom. Preparing a meal for a holiday, away from home. Without adults adolescents become more open. And your child, being on its territory, without parental supervision, will be able to show all their best qualities. Feeling himself the master, he will become confident, and others will feel it. The attitude familiar to him will change and it will only be a positive change. Such gatherings can be repeated several times to secure the result. Maybe after they will have a Grand harvest. But the small energy cost in order to help the child to adapt to the complex and sometimes aggressive teenage society.

The main task of parents is to help the child become more open and confident. Then there will be less conflict situations with peers. This task will help to cope the passion or hobby of a teenager. If he loves sports, write it in the section if the beautiful painting in art school, if good singing and dancing, give to the theater group. There teen will meet people with similar Hobbies and will definitely find a common language with them. He will learn to communicate with diverse friends, and solve problems with peers it will be much easier.

Parents whose children had problems in communicating with peers, noted that they often appeared in the transition to a new school and moving to another area. At this moment you need to be most attentive to the teenager. He may not admit that it would be hard to hide your resentment. It is therefore very important to observe his psychological state, to notice the mood swings in a difficult moment to help.
Is the advice useful?
Подписывайтесь на наш канал