Why print is called mastic

Print is an integral part of modern society. This is the main attribute of the document, allowing to establish its authenticity. A contract, a receipt, the deed and other documents – no printing, just not taken into account. 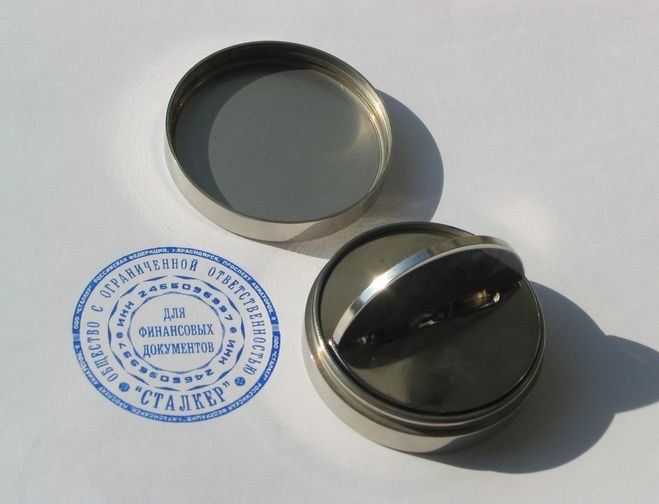 Related articles:
Print as a distinctive mark has come a long historical path and has undergone a lot of changes. Printing can take many forms. The most common print round, square (for details), oval (for certification) and even triangular. Cut their letters, seals, monograms served as a badge of distinction. In some cases, the seal has set, instead of a signature, and called her personal print. In the old days the letters were hung in a small pouch or box seal, which certifies the level of knowledge.

In modern society, people use mastic seals that have even a written government standard. Seal, which when applied provides an imprint stamp with paint, called mastic. Mastic called her for drawing on her pads of mastic, a special fluid or, as is often said, stamping ink.

Mastic may contain different framework, most often the paint is divided into:
water,
- alcohol,
oil.

There is also an invisible mastic, it can only be seen under ultraviolet rays, it is often used for the secret of the seals, and today can be found in night clubs, where it is put on the wrist with paid entry guest.

Rubber stamps usually have a circular shape with a diameter of about 40-50 mm. Such seals must contain details of the owner and the coat of arms or emblem. For example, if the seal of the legal entity, then circled the field print lists the details of the often INN or bin, and in the middle is placed the coat of arms and the name of the organization type of ownership.

For the manufacture of rubber stamps using high quality rubber. A lifetime of good rubber is five years, while its shape is not distorted, do not appear different cracks and does not change the hardness.

The hardness of the rubber for printing must be at least 60 units, so it can be used under different temperature regimes and in collaboration with stamp inks containing alcohol.

On the outer surface of the rubber invalid scratches or splits, as the whole pattern and text print immediately distorted, and its further operation is impossible. In addition to rubber stamps, often use other types, example: stamp, simple stamp, small stamp, and stamps of different content.
Is the advice useful?
See also
Присоединяйтесь к нам
New advices