Why in Ancient Rus in the milk ran frogs

There is a parable about how the jug of milk accidentally got two frogs, and one of them hit oil. This story, of course, fictional. But the fact that frogs sometimes fall into the milk, it is a fact. They are intentionally put there hostess the time of Ancient Russia. 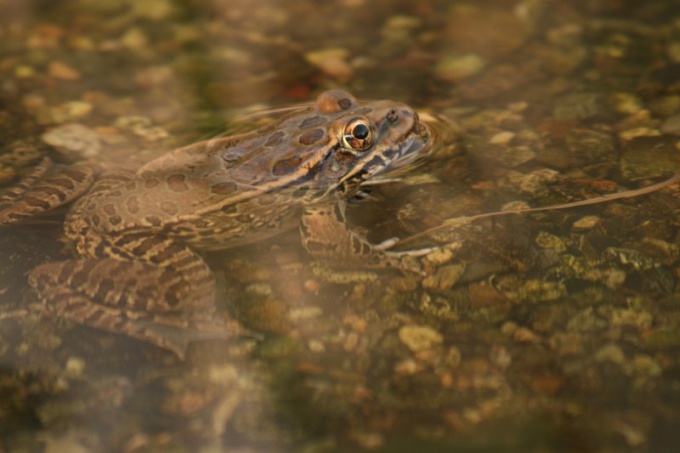 Why the frogs ran into the milk

The frog belongs to the order of amphibians. Her body temperature is constantly changing, adapting to environmental conditions. It can even be zero, but the frog never gets cold. It is always cold to the touch. According to one version, in Ancient Rus of the frogs ran into the milk to ensure its safety. And, indeed, in those days there were no refrigerators, people were deprived of the pleasures of a comfortable life are available to us. Thus, the frog, being "cool", took over the functions of the refrigerator and provided longer shelf life of dairy products.

The slime on the frog's body is used to its constant moisture. Moisture can penetrate through the pores in the skin, and out out - no. If you launder a frog from mucus, it dries in seconds and can die.

According to another version, the frog has contributed to the preservation of milk because of the mucus that covered her body. This mucus has unique properties. In addition to protecting the animal from attacking (it can easily slip out of the jaws or paws of a predator), mucus performs disinfecting and antibacterial function. It's kind of a special secret, by which in the skin of frogs do not breed bacteria. It's hard to believe, but she even used to make antibiotics. Therefore, mucus covering the body of the frog, interfere with the reproduction of lactic acid bacteria in milk. It remained fresh for a long time.

The tradition of putting the milk frogs remained in Russian villages until the 20th century.

There are types of frogs which are poisonous mucus. These include, for example, the toad and the spadefoot toad. Apparently, the peoples of Ancient Rus, were able to distinguish between these amphibians.

Other ways to store milk

The Russians used other ways to ensure that the milk remained fresh. Some of them are used now. It is primarily boiling the product with the purpose of getting rid of bacteria by heat. Milk was stored in dark cellars to the sun's rays did not provoke the fermentation process. Often used a clay jug, replacing the modern thermos that was put in a container of well water. Its constantly changing, so the milk stayed cold. Unusual way was the decontamination of milk with the leaves of horseradish. Thanks to this plant, the milk is not sour and remained fresh for several days.
Is the advice useful?
Присоединяйтесь к нам
New advices