The family Code provides for alimony in a fixed sum. But to recover them it is possible only under certain conditions. The court takes into account material and marital status of both parties. 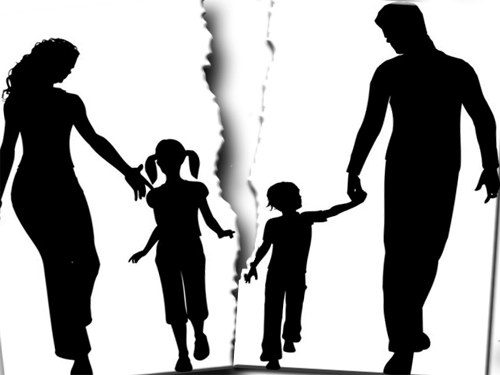 Related articles:
Parents must support their children until they become adult. Child support can be collected in fractions of earnings and fixed amount. In the first embodiment, it is sufficient to file a magistrate an application for issuance of a court order and 3 days to the Executive document. In the second case will have to go through all the stages of the civil process: from application to a judgment and issuing a writ of execution. The term of consideration of the case will be 1 month. And the same decision will enter into force.

The act clearly specifies the circumstances where alimony may be recovered in a fixed amount:
- the absence of voluntary agreement for child support (meaning of his deed),
- unstable or frequently changing salary
- the presence of income earned in currency or in kind (wholly or partly),
- lack of earnings,
- other cases where the shares to recover difficult or it violates the interests of the child and weakens his position.


Preparation of the claim

In the presence of one or more of the grounds under which you can recover the content material in a fixed amount, you need to make a claim. As a rule, in each magistrates ' court there are examples of such claims.
The application shall meet the requirement of code of civil procedure of the Russian Federation and include:
- address and judicial district,
- personal data about the parties
the merits of the application requirements, including data on children, and the reasons for alimony,
- in pleading part is to request the court on the claim and the desired amount of contents.

The claim should be attached documents: marriage certificate / divorce documents, birth of children, information about child's place of residence (certificate) information on the income of the plaintiff. If possible, can you provide evidence of the type and amount of income of the Respondent.

One of the requirements of the law: the alimony in such amount which would preserve the child a decent standard of living.

But do not despair, if such documents do not exist. Taking action to produce, the judge necessarily seeks them from the opposite side.
Stamp duty when filing claims for alimony by the plaintiff is not paid.
Sometimes the parent receives the salary "in envelope", declaring a small official income. Meanwhile, at a small salary from the Respondent may be in the ownership of expensive possessions: car, house, apartment, land. Preparing a claim, you need to remember about these factors and report them to the court.

The court will check the arguments of the plaintiff and, if confirmed, may make a conclusion about the presence of the defendant's additional income, which he does not wish to tell. The judge will take into consideration these facts and make a positive decision.

The lawsuit filed in the number of persons involved in the case. It is necessary to prepare the same number of photocopies of the above documents. Typically, there are three documents (the judge, the plaintiff and defendant). In the pit day (a magistrate are receiving an almost daily basis) should be in the right court station and file a claim.

After 5-6 days, the judge calls for a conversation. During the meeting, you can petition directing queries to find out what property the defendant has. After the interviews assigned to the hearing.

Based on the foregoing, the filing of a claim for alimony is not too much difficulty. The main thing that was grounds for foreclosure.
Is the advice useful?
See also
Подписывайтесь на наш канал