Where the film "the diamond arm"

Eccentric Soviet Comedy "the diamond arm" boasts a wide shooting locations. The audience demonstrated, and the Mediterranean cruise liner on the white and narrow streets of the sultry Eastern city and his hometown economist Gorbunkova Seeds, accidentally fell into criminal trouble. The shooting schedule was just as busy as light and sparkling in a film. 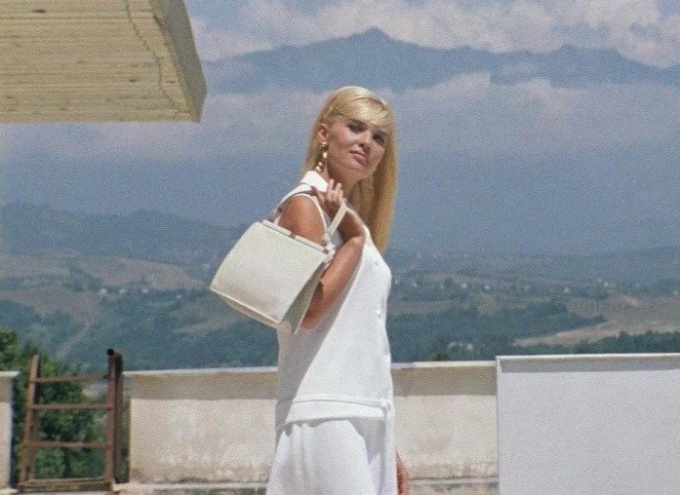 The scenes in Moscow and the Moscow region

Shooting began on 25 April 1968 at 9 a.m. at Mosfilm. There in the halls was created in the apartment of the Chief and the Count, or GeSHi Kozodoeva. Later in the halls of Mosfilm rented an apartment Gorbunkova, the captain of the ship, the hotel room of a fatal seductress and a restaurant "Weeping willow".

I was in Moscow and shooting on location. One of them took place on Leninsky Prospekt, opposite the side entrance to the Park of culture and leisure.Gorky. There, on the steps of the underground toilet, Gorbunkov meets scared of his character with a medallion in the shape of a skull on his hairy chest. In the Department store at the Komsomolsk Avenue filmed scenes in a thrift store, where the beautiful blonde Anna promises Gorbunkova gown with pearl buttons, if he'll see her at the hotel. In a vacant lot in Kuntsevo was shooting a scene where the Chef puts on clean-up the trees and finds a tin can with coins, which he himself there and hid.


Intimidating type on the stairs was not a professional actor, and a journalist of "Change" Leonid Pleshakov. He was invited to perform this role due to the characteristic appearance, and he agreed in exchange for an interview with Yuri Nikulin.

Car scenes were filmed in the suburbs - in Pavlovskaya Sloboda. There was speeding on forest roads brand new "Moskvich" Boss, Lelik Gorbunkova drove to the wash to "without noise and dust" to remove his cast with the diamonds, chased them on a motorcycle Gesha Nightjars.

Shooting on the Black sea

Basically the same unnamed town where the film was shot in the resorts of the Black sea in Adler and Sochi. May 17, the crew relocated to Adler to the hotel "Horizon". There also filmed the scene with the ship that became known as "Mikhail Svetlov", and in fact was called "Victory". However, Leonid Gaidai loved the creativity of the poet Mikhail Svetlov, asked for one day to rename the ship. The name changed even in the life boat, and all the scenes on the ship were filmed in one day.

After the release of the film and its sensational success of the first launched ship was named "Mikhail Svetlov".

For the main battles with the smugglers in the Central district of Sochi specially built car wash. After the filming she has earned in a usual mode.

Failed fishing at White rock was shot near Tuapse. The sound carried far over the water good, so heart-rending cries for help of the character of Andrei Mironov came to the beach two kilometres from the scene of the shooting. The campers worried, for the salvation of man was sent to the boat. But as soon as the boat approached the drowning person, he heard the terrible roar of a loudspeaker: "Comrades! Get out of the frame! Go shooting!".

In August, the crew moved to Baku for shooting the Arab city, where the fatal fall of the hero from the pharmacy shelter smugglers. The street next to the pharmacy is an old Baku street Small Fortress. Here Yuri Nikulin tried to slip on a banana peel, but only in vain tormented bananas - rare fruit that were purchased specifically for this frame. When the bananas ran out, the hero had to slip on a water-melon crust, fortunately, watermelons in Baku was a lot.
Is the advice useful?
Присоединяйтесь к нам
New advices