Where on a modern map of the world was Troy

Troy long been a city legend for as long as the ruins of the ancient settlement was discovered by the German archaeologist Heinrich Schliemann in 1870. Sung by Homer and Virgil Troy was discovered in the North-Western part of modern Turkey. Based on Homer's Iliad, Schliemann conducted excavations of the hill of Hissarlik on the Aegean coast in the Anatolian Peninsula. 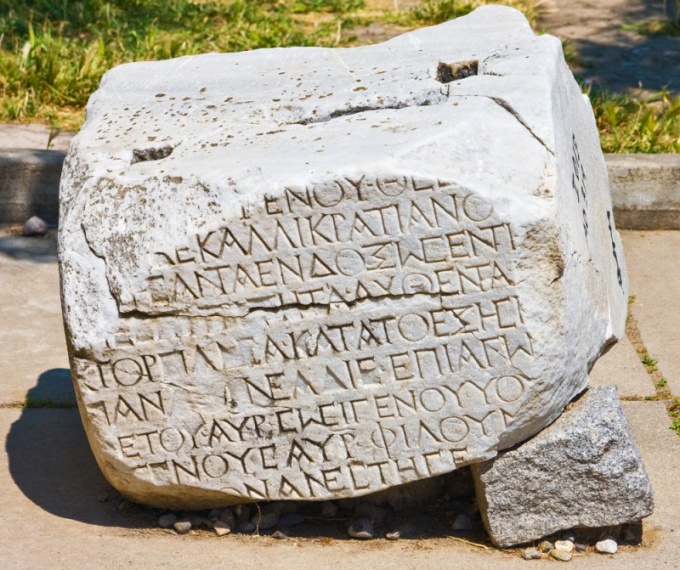 Related articles:
Despite the fact that Schliemann was looking for Troy, described by Homer, this city was more ancient than the one mentioned in the Greek Chronicles of the author. In 1988, excavations were continued Minidom Kaufman. Then turned, the city was occupied more territory than suggested in the beginning.

Total on-site excavations revealed nine different levels, that is, the city was rebuilt 9 times. When Schliemann discovered the ruins of Troy, he noticed that the settlement was destroyed by fire. But was it the same city, which, according to legend, was destroyed by the Greeks during the Trojan war in 1200 BC, remained unclear. After some dispute, the archaeologists came to the conclusion that the description of Homer's two level excavations, which they called "Troy 6 and Troy 7".

In the end, the remains of the legendary city began to consider the archaeological excavation called "Troy 7". This city was destroyed by fire around 1250-1200 BC

The legend of Troy and the Trojan horse

According to the literary source of the time, Homer's Iliad, the ruler of the city of Troy king Priam fought a war with the Greeks for the stolen Helen.

The woman was the wife of Agamemnon, ruler of the Greek city of Sparta, but she ran off with Paris, Prince of Troy. As Paris refused to return Helen to his homeland, began a war that lasted 10 years.

In another poem called "the Odyssey," Homer tells the story of how Troy was destroyed. The war was won by the Greeks through trickery. They built a wooden horse, which allegedly wanted to present as a gift to the Trojans. Residents allowed to import a huge statue inside the walls, and sitting in her Greek warriors came out and captured the city.

Troy also mentioned in the "Aeneid" of Virgil.

Still is a lot of debate about whether Schliemann discovered the city of the Troy mentioned in the works of ancient authors. It is known that about 2700 years ago the Greeks colonized the North-Western coast of modern Turkey.

How many years Three

In their study, "Troy: city, Homer and Turkey" Dutch archaeologist Gert Jan van Wijngaarden notes that the excavation site on the hill Hisarlik existed at least 10 cities. Presumably the first settlers came in the year 3000 BC When one city for one reason or another collapsed in its place arose the new city. Ruins filled manually by the earth, and on the hill was built another settlement.

The heyday of the ancient city came in 2550 BC, when the settlement grew, and around it was erected a high wall. When Heinrich Schliemann excavated the settlement, he found the hidden treasures, which, he supposed, belonged to king Priam: a collection of weapons, gold, silver, copper and bronze vessels, gold jewelry. Schliemann believed that treasures were in the Royal Palace.

Later it became known that jewelry has existed for a thousand years before the reign of king Priam.

What Is The Troy Of Homer?

Modern archaeologists believe that Troy, described by Homer, is the ruins of the city era 1700-1190 BC According to the researcher Manfred Korfmann the city occupied an area of about 30 hectares.

Unlike the poems of Homer, archaeologists say that the city of this era did not die from the attack of the Greeks, and by the earthquake. Besides, in those days, the Greeks of the Mycenaean civilization was already in decline. They just could not attack the city of Priam.

The settlement was abandoned by its inhabitants in the year 1000 BC, and in the 8th century BC, that is, in Homeric times, it was inhabited by the Greeks. They were confident that live on the site of ancient Troy, as described in the "Iliad" and "Odyssey", and called the city of Ilion.
Is the advice useful?
Присоединяйтесь к нам
New advices