Where to buy old magazines

Buy old magazines in secondhand stores, book bazaars, flea markets and, of course, via the Internet. Prices will vary depending on the edition, year of production, preservation, the theme of the room. Although it also happens that the seller does not always know the value of randomly inherited his things and is willing to give it for nothing. 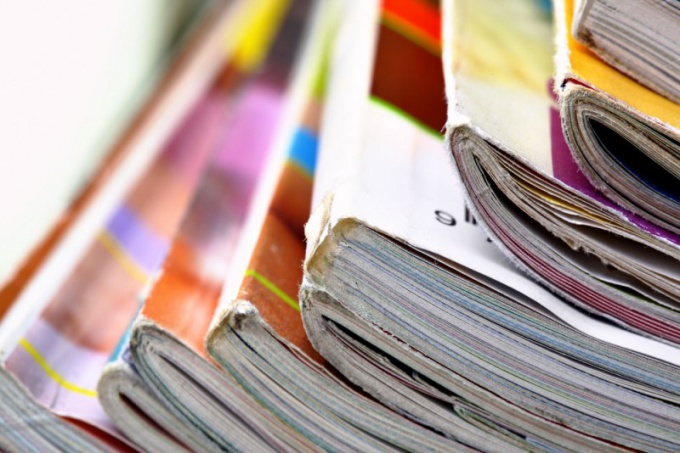 In many cities of Russia remained more of a flea market with a platform, which on the weekends is buzzing trade in old clothes, household utensils, in short everything that a pity to throw away. Today they are in the European manner are called flea markets.

Old magazines are widely represented on these sites. Basically it is a mass publication, but it does happen and miracles. By the way, if you're abroad, take the time to visit the local flea markets and book stalls. They are very popular with tourists, and information about Istanbul and Paris blockah" is in the guidebooks.

Booksellers prefer not to clutter up the shelves of their shops mass media, offering customers a rarity. As a rule, old magazines preserved in single copies, are not cheap.

As the distance from the capital, prices of old magazines in secondhand stores and book bazaars will decrease, as well as their value. Exceptions are possible, as in the Moscow shops the goods arrive from the provinces.

Look through Newspapers of free announcements there are not enough willing to sell or buy old magazines. Basically it is a glossy magazine two-three years ago, as well as magazines on knitting, sewing, gardening and housekeeping.

Give free advertisement in the section "Buy" and you will be besieged by suggestions. The same can be said about the free classified ads website such as "Craigslist". Choose your section, study, specifies with the seller.

If you are looking for a specific number of a particular journal, it is best to try your luck at online auctions or in the virtual rare book stores. For example, the most popular Russian Internet-auction "the Hammer" represented by the sale of more than 13 million copies of magazine periodicals. The largest book in the Russian online store Alib.ru you can choose from nearly 70 thousand old magazines. Enough to pass simple registration and you can start to shop.

Need foreign editions? You direct road on the world's largest "flea market" - Еbay. Only in the us virtual trading floor you'll find about a million old magazines, and there are English, German, French Еbay.

And, you can ask around friends and acquaintances, putting up flyers on poles. People will gladly give you old magazines for a nominal fee or give exwork.
Is the advice useful?
See also
Подписывайтесь на наш канал