Why is a watermelon a berry, and melon is no

It is widely believed that botanists call watermelon berries. In fact, from a scientific point of view, it is takwini that really have a lot in common with berries. Fruits melons belong to the same class as all other members of the family Cucurbitaceae. 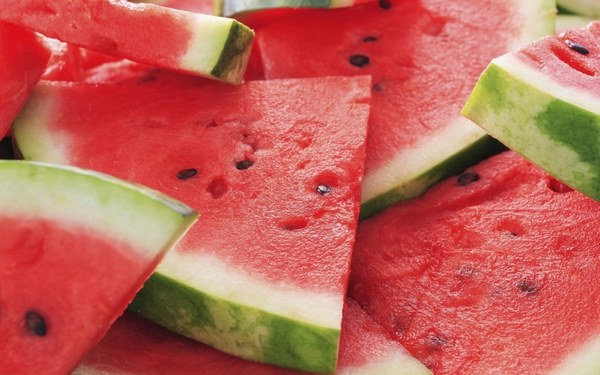 What is a berry?

At home berry refers to any small fruit with a juicy pulp: these include cherries, strawberries, raspberries, rose hips, although from a Botanical point of view they are not. So, rosehips, and strawberry is a false berry, raspberries – it's a drupe. While larger fruits are rarely associated with berries, although they may be considered in botany: it is a tomato, eggplant, kiwi.

Berry is the fruit with a thin skin, many seeds with a hard seed skin, juicy mesocarp. The berries develop from the top and bottom of the ovaries in some cases on top of them withered remains of the perianth (currants).

False berries are called such fruits, which have the same structure, but are not formed from the ovary but from other parts such as a receptacle.

It is widely believed that watermelon, despite its size, is a berry. In structure the fruit of the watermelon really meets all criteria: has a juicy pulp, many seeds with a hard shell, solid and relatively thin skin. But still some differences it has, which botany will carry him to the berries. Watermelons are tiquina with similar morphological features, but some significant differences.

Tiquina are formed of the lower ovary and are composed of three carpels. They are polyspermous, as the berries, but the seeds in each of them. They also have a different structure of the pericarp: they are too hard compared to berries, the outer layer a meaty middle layer and a soft inner. Tiquina can grow to large sizes, the berries are always smaller.

Due to the fact that the melon has a more firm flesh, it is not called berries, though these fruits in structure is almost identical to a watermelon. This is also tiquina: they have a huge amount of seeds, very dense, hard shell and a fleshy middle layer. Takinami are many other fruits which in everyday life can be named differently: for example, cucumber is also tiquina.

There is a simple way to determine whether the fruit of the melon or not: you need to know to which family the plant belongs. All members of the gourd family give not the berries, and tiquina.

Tiquina call godavitame fruits because of the similarity with berries, also from the berries is to distinguish the apples. From a Botanical point of view the so-called agodavid multi-seeded fruits of plants of the family Apple trees: quince, pear, cotoneaster, mountain ash. Unlike tiquina or berries they have a leathery core which contains the seeds, and the skin is very thin.
Is the advice useful?
Присоединяйтесь к нам
New advices